In the capital of the Basque Country, there is the second largest Cathedral in Spain (on the map), second only to that of Seville. It can accommodate up to 16 thousand people, its length is 118 meters, width 48 and height 36 meters. 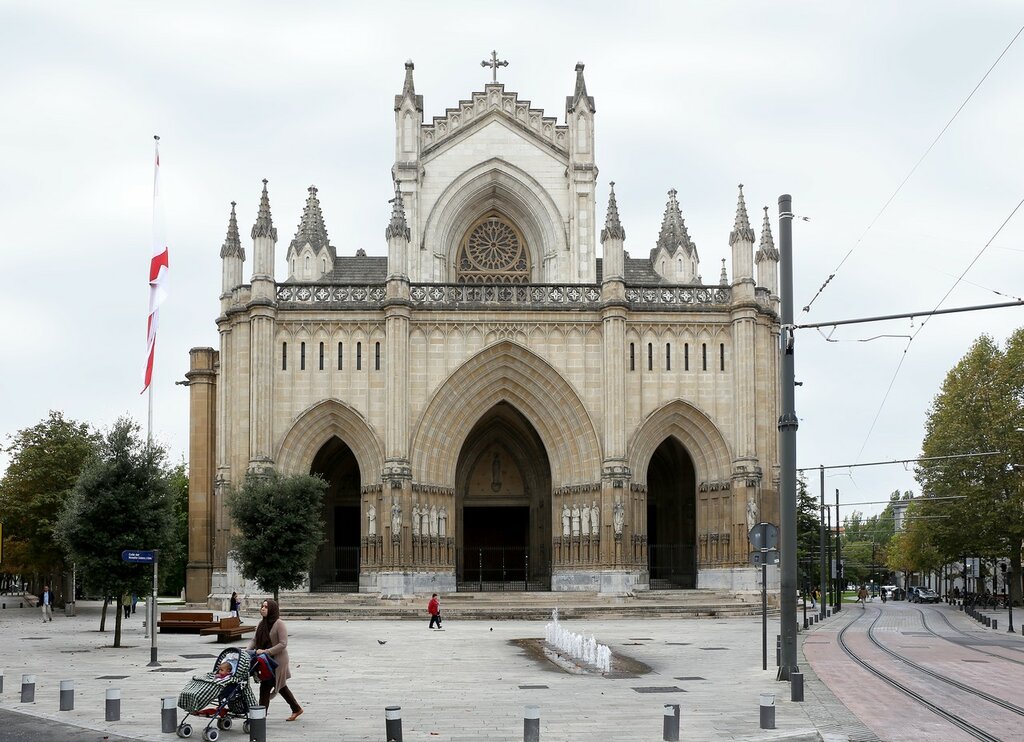 At first glance, you might think that the grandiose structure is not one hundred years old, but it is the creation of architects and builders of our era. 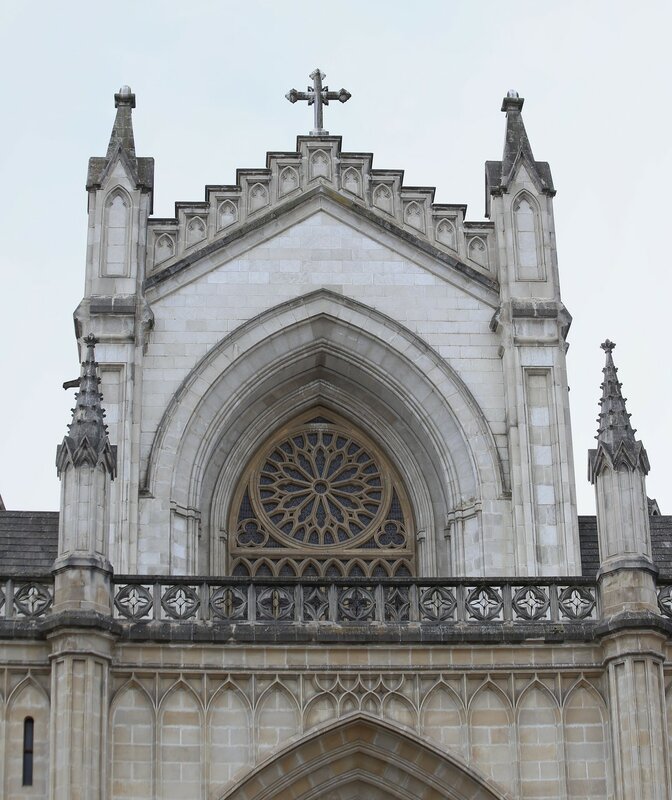 By the beginning of the 20th century, the population of Vitoria-Gasteiz had grown significantly and the Cathedral, which dates back to the 12th century, became too small for the parish. Then Bishop Jose Cadena approached the city Council with a proposal to build a large Church in the new part of the city. For construction, a site was assigned near Florida Park, occupied by buildings of the former monastery. 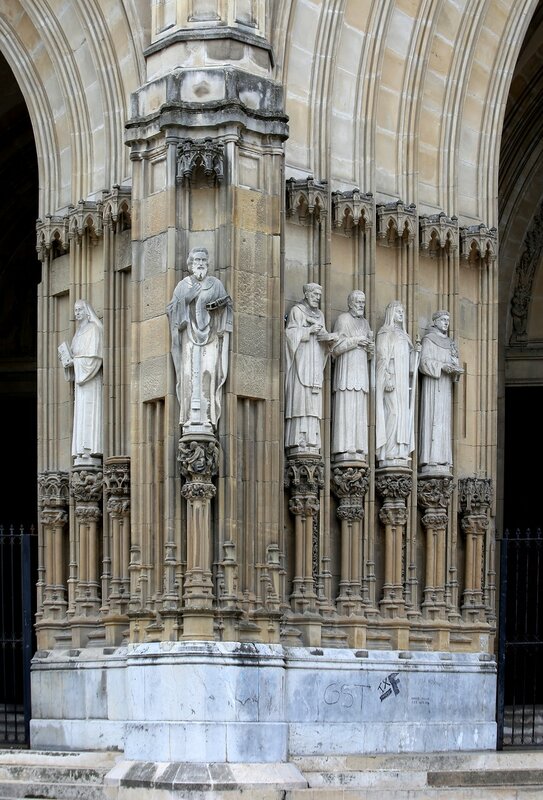 The project was commissioned by architects Julian de Apraisa and Javier de Luca, and the Foundation stone was laid on August 4, 1907. The event was held with great pomp, the laying of the temple was attended by the Royal family - Alfonso XIII with his wife Victoria Eugenia and Queen Regent Maria Cristina, the Vatican Archbishop Rinaldi, civil authorities. The Cathedral, like the old one, received the name of the virgin Mary, and is referred to as "new". 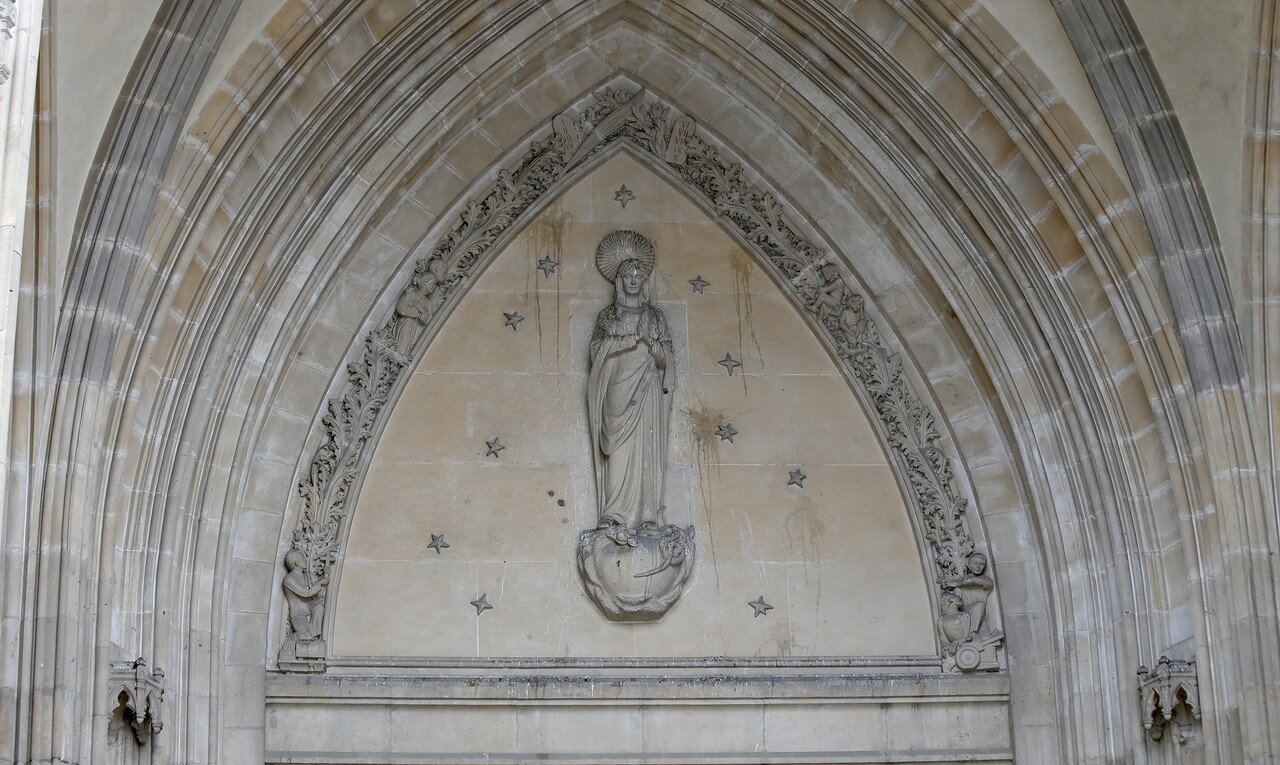 The construction also began on a large scale, and artisans and artists were invited to work not only from all over Spain, but also foreigners. Construction and finishing materials - granite and marble dostalas from the quarries of the Basque country and Navarre. 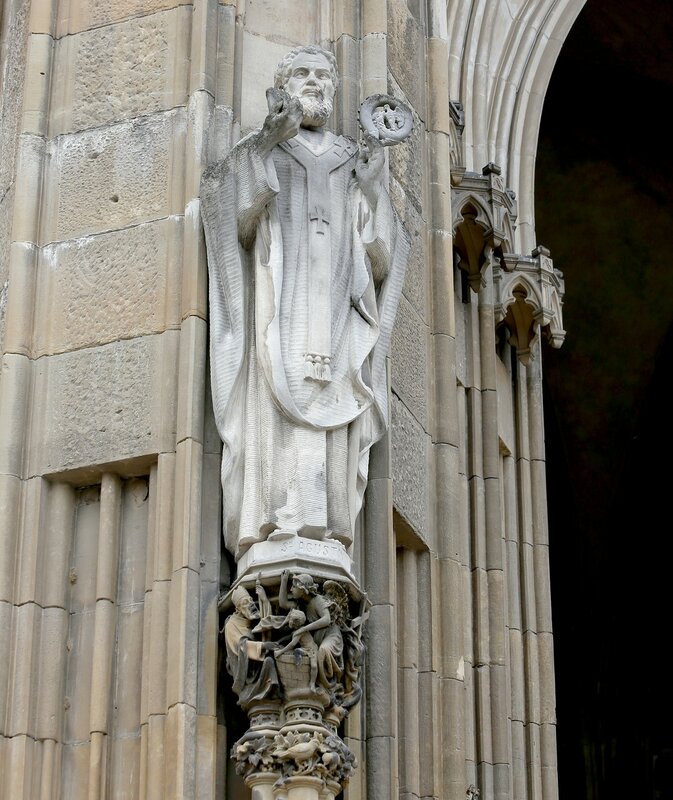 By 1911, the crypt was completed, and even 3 years later, part of the internal pillars and walls of the facade were completed. In 1914, with the arrival of the new Bishop of Melo and Alcalde, construction was stopped, as the original estimate of 5 million pessets was significantly overlapped. After that, the construction site froze for almost 40 years, the unfinished walls were covered with ivy and the structure received the name "ruinas"among local residents. 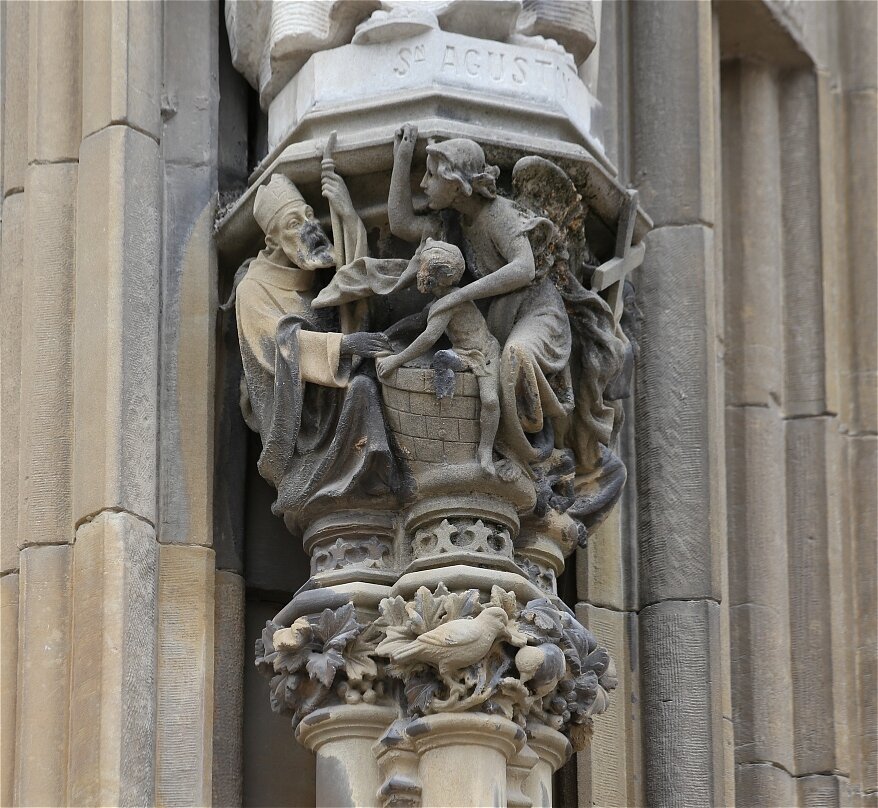 The second stage of construction began in 1946, when the country recovered from the Civil war and Bishop Carmello Nieto Ballester secured financing for long-term construction. Work continued under the leadership of Apraise son Miguel, who helped Antonio Camunas Paredes. 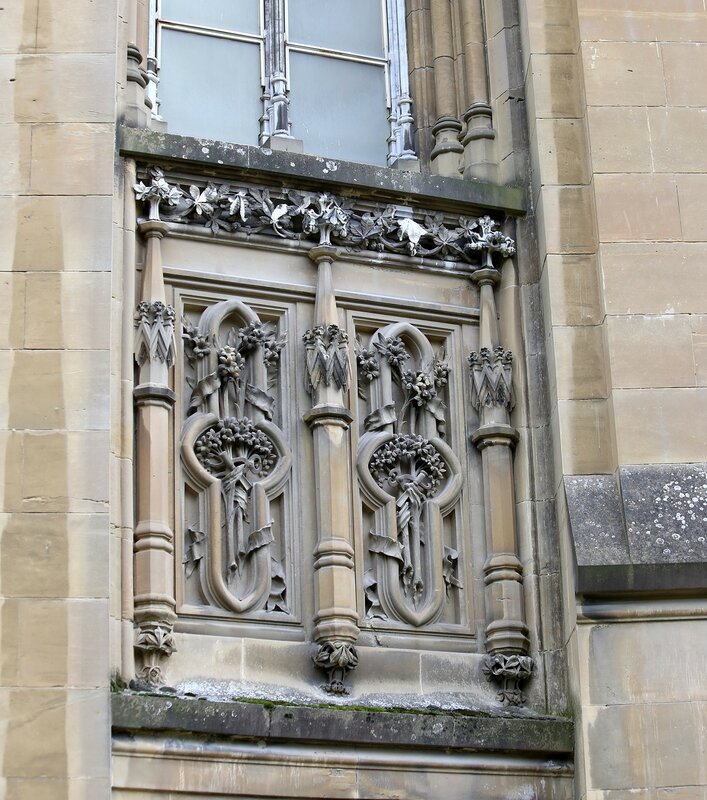 Stroitelstvo continued according to the old plans, but in order to save money, concrete and artificial stone were widely used. 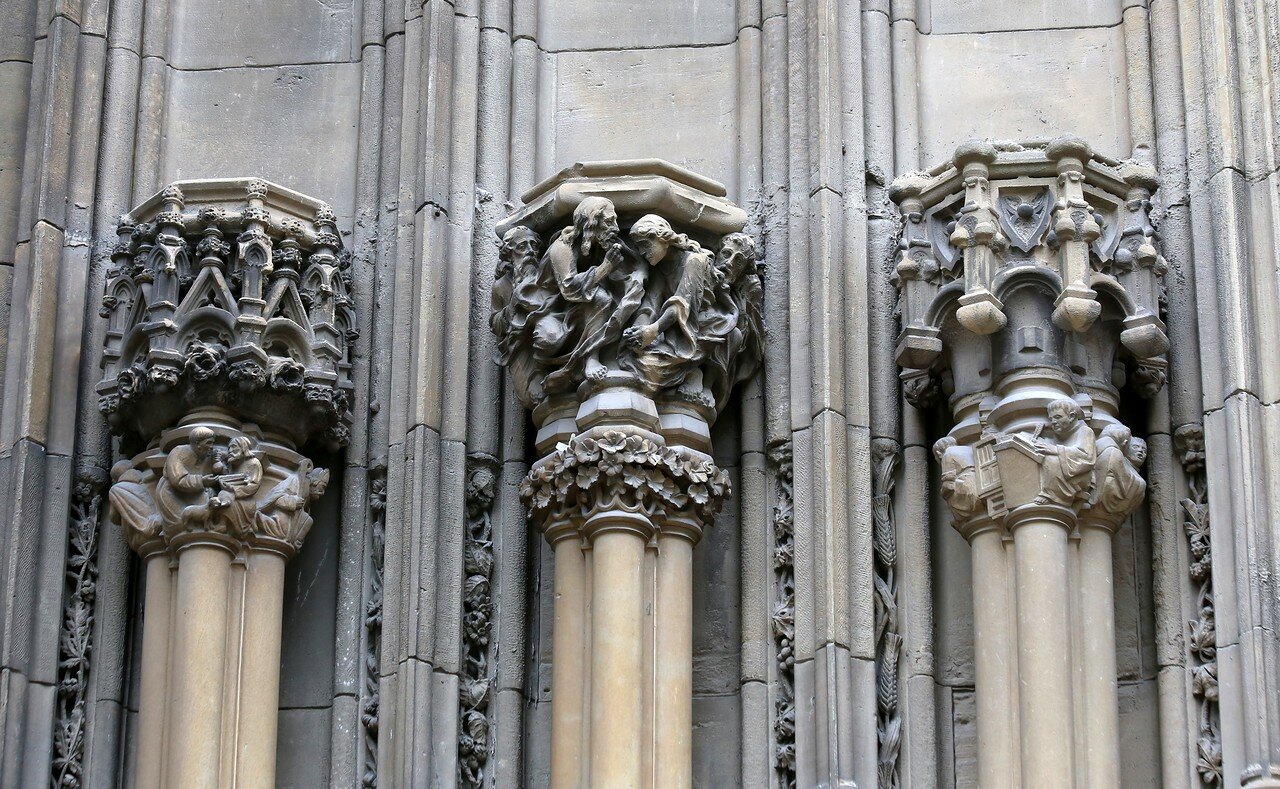 The Cathedral was consecrated while still under construction, on September 24, 1969. The action was carried out by cardinal Dell'acqua, in the presence of genalysis Franco with his wife. The construction was completed after another 4 years, some details of the design were never implemented. 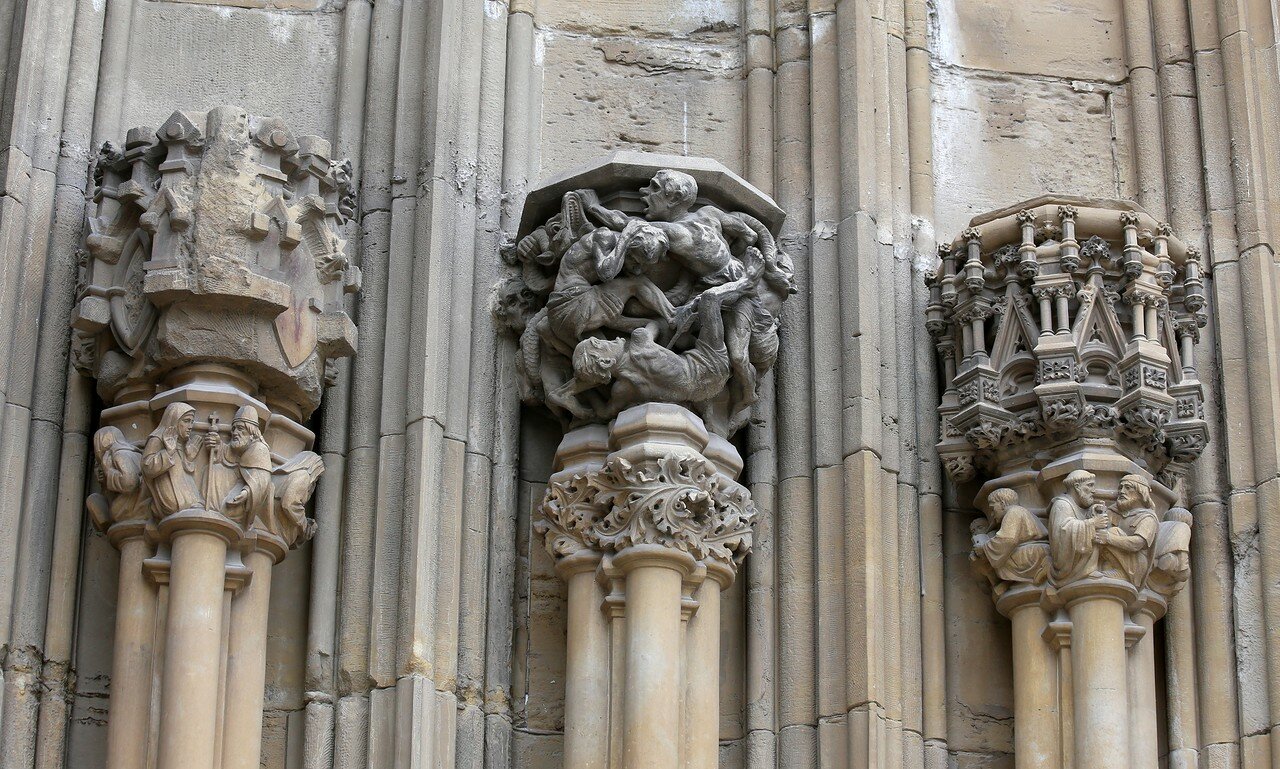 The most notable is the sculptural decor of the temple. 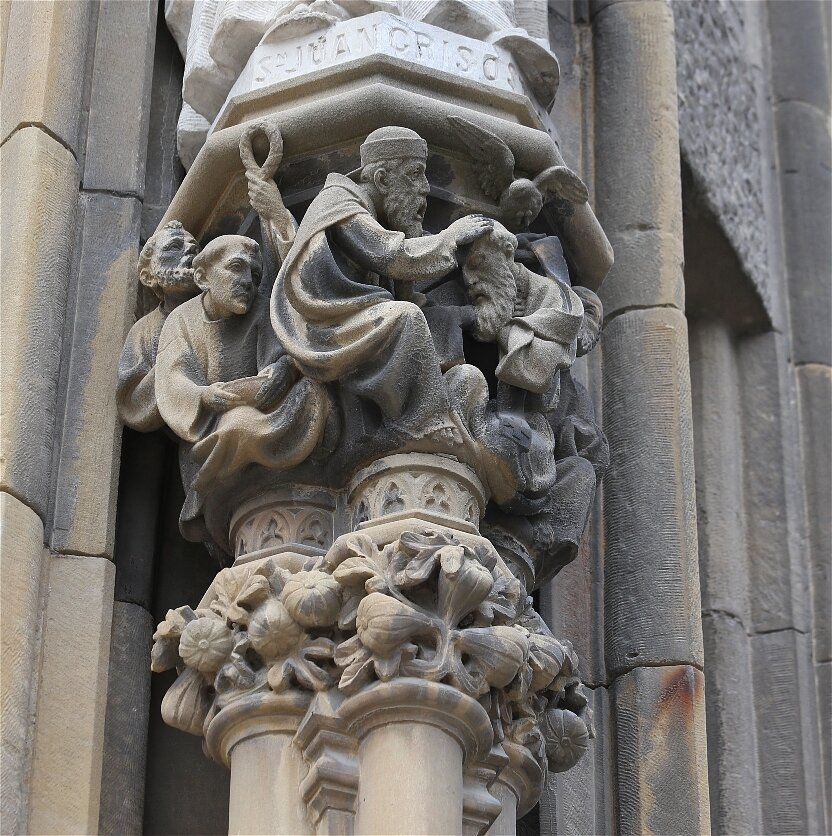 Here you can see many scenes of both biblical themes and scenes from secular life. 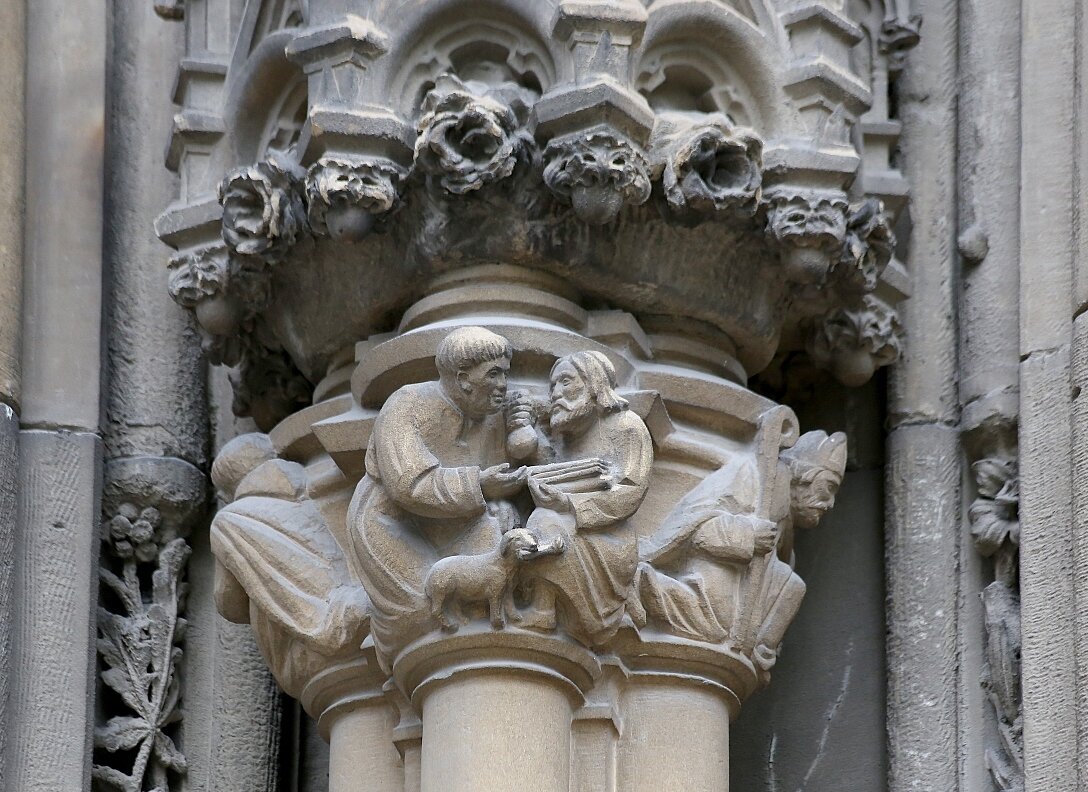 Gothic gargoyle gutters are carefully and variously made. 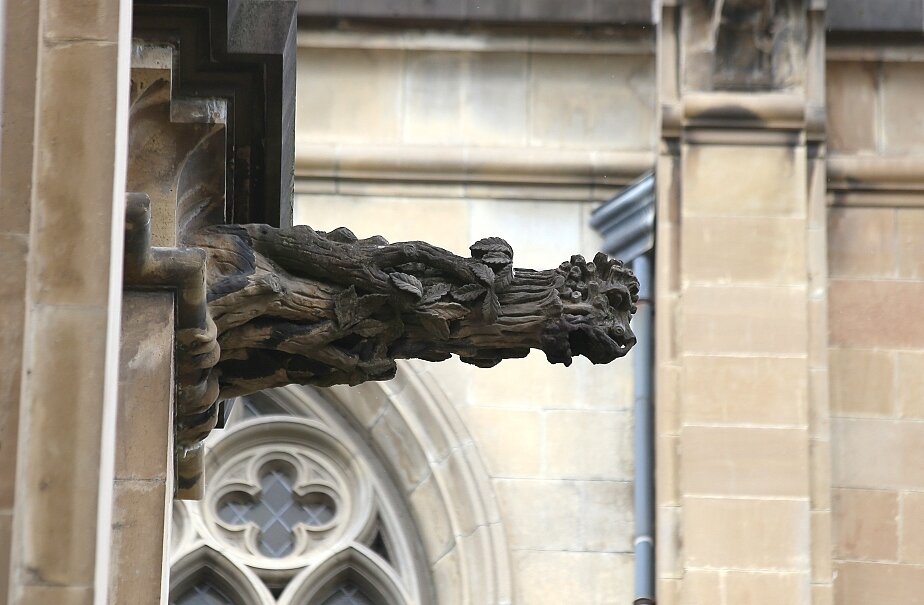 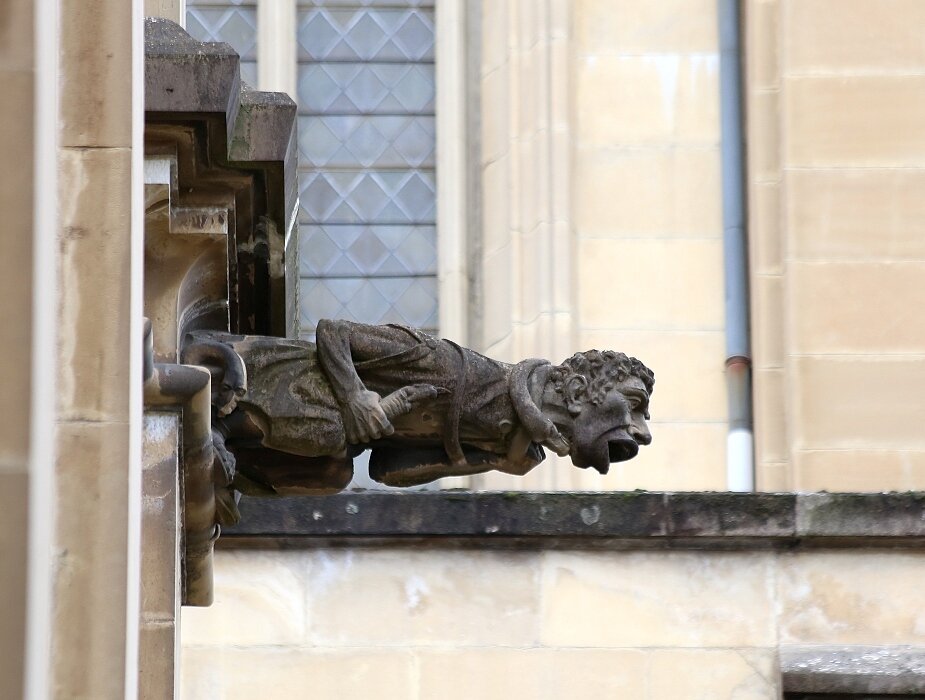 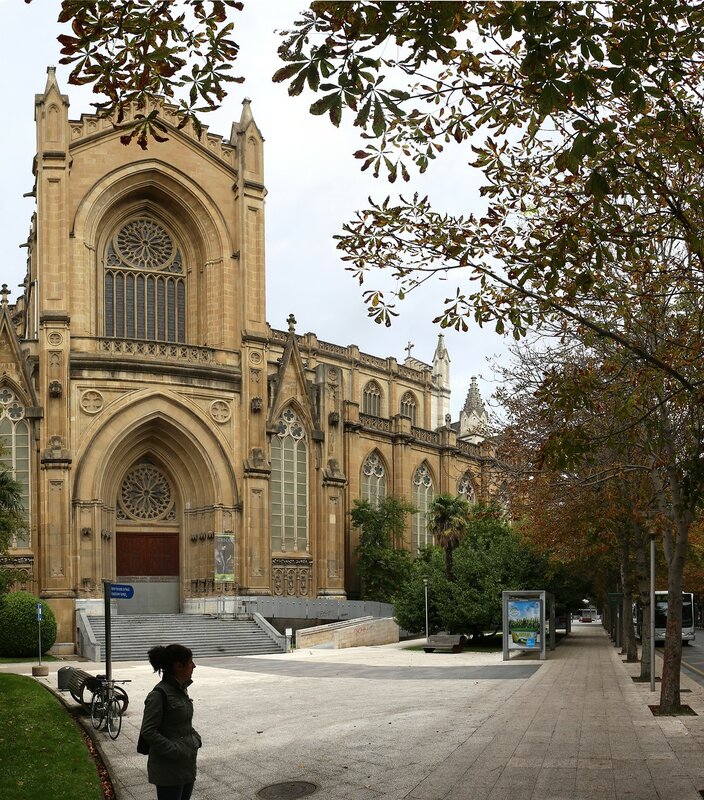 According to the original design, the portals should have been decorated with sculptures, but the niches and plinths remained empty. 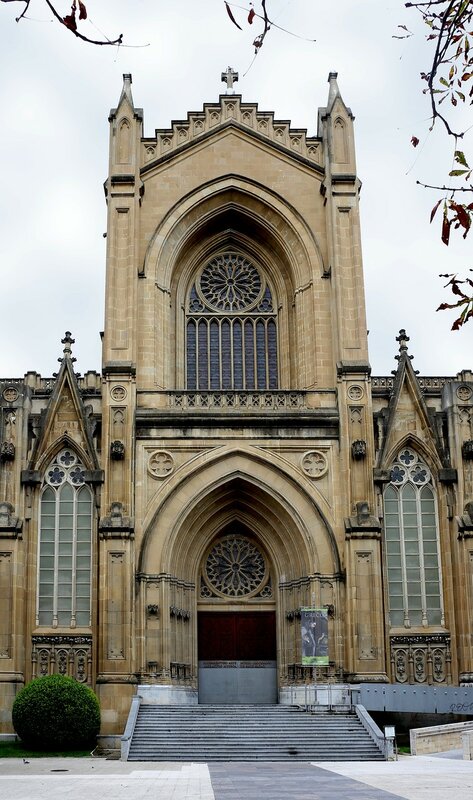 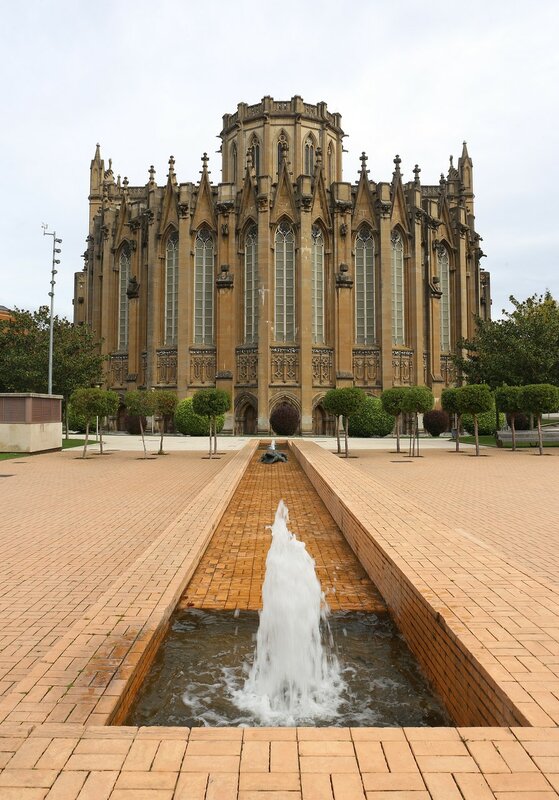 This part of the Cathedral is occupied by the diocesan Museum, which was opened in 1999. 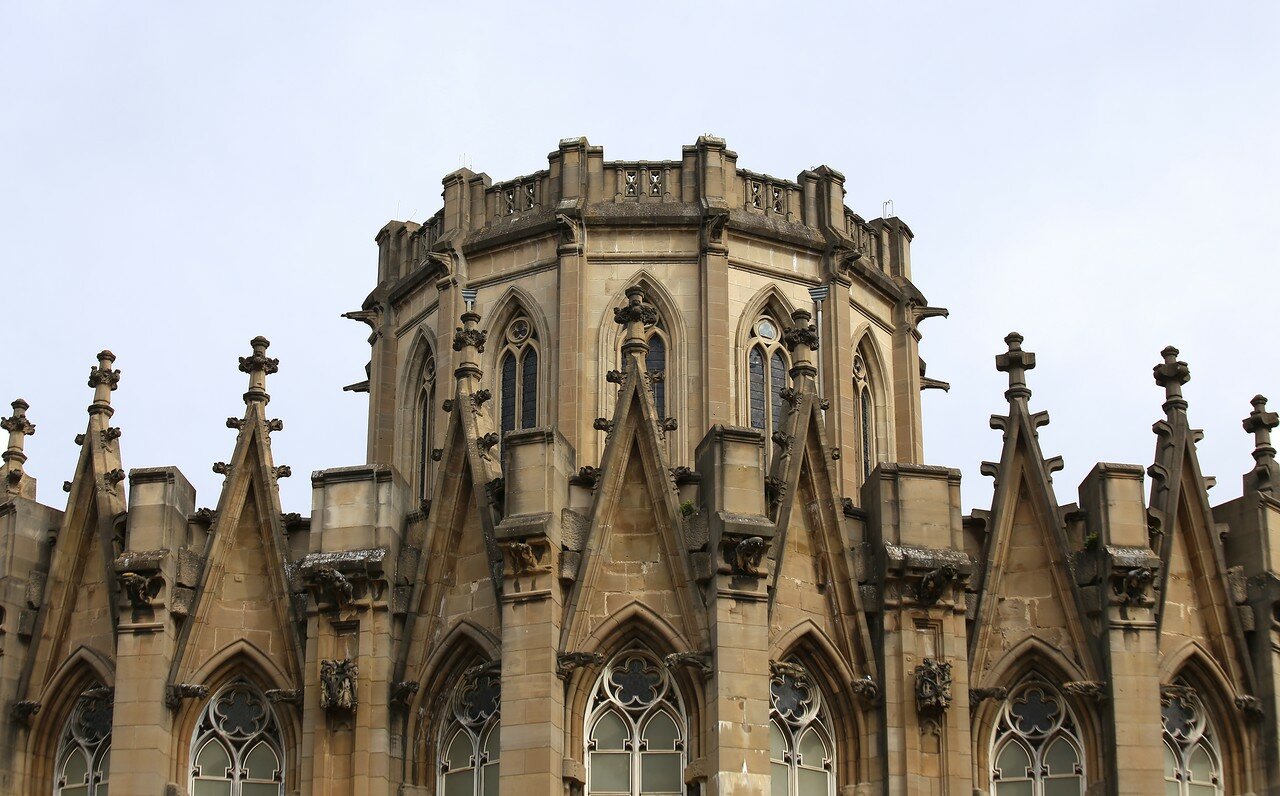