On Saraste alley is one of the oldest buildings in the city, the Church of St. Nicholas (on the map). 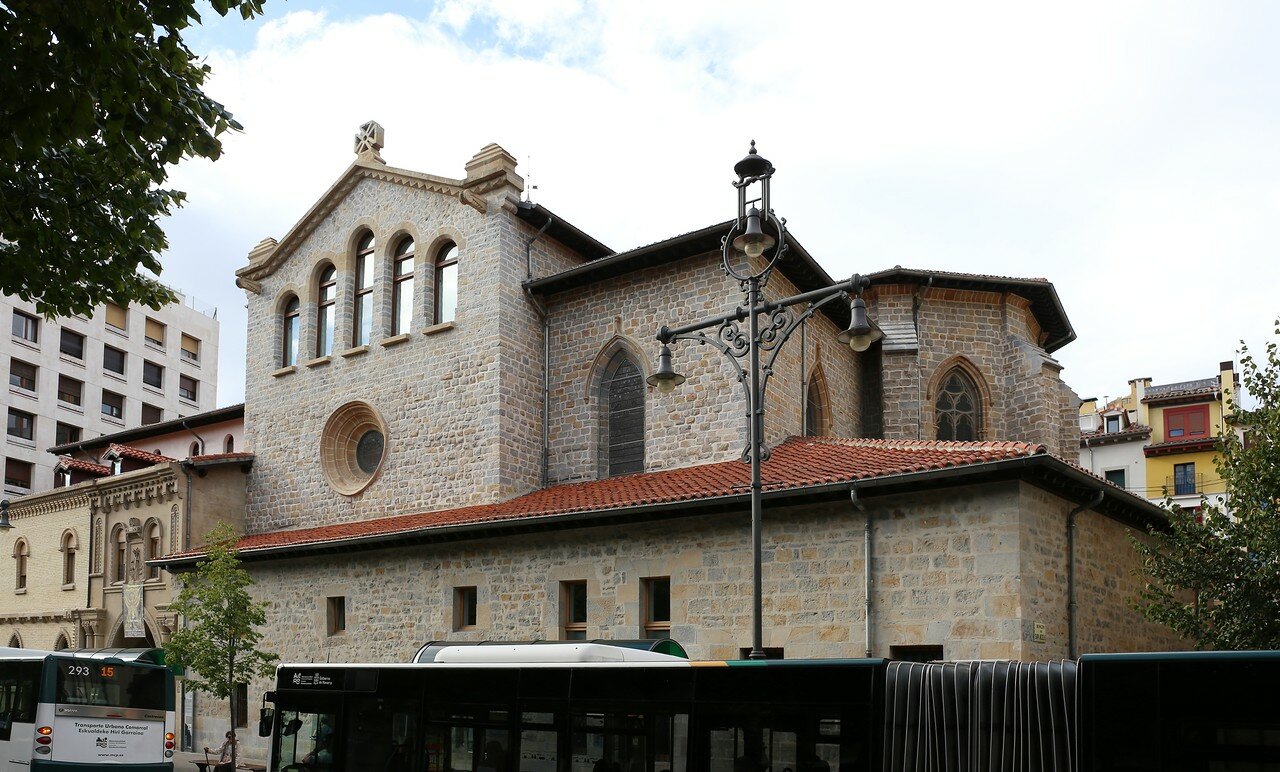 The temple is named after the medieval settlement of San Nicolas, one of the small independent settlements surrounding Pamplona. 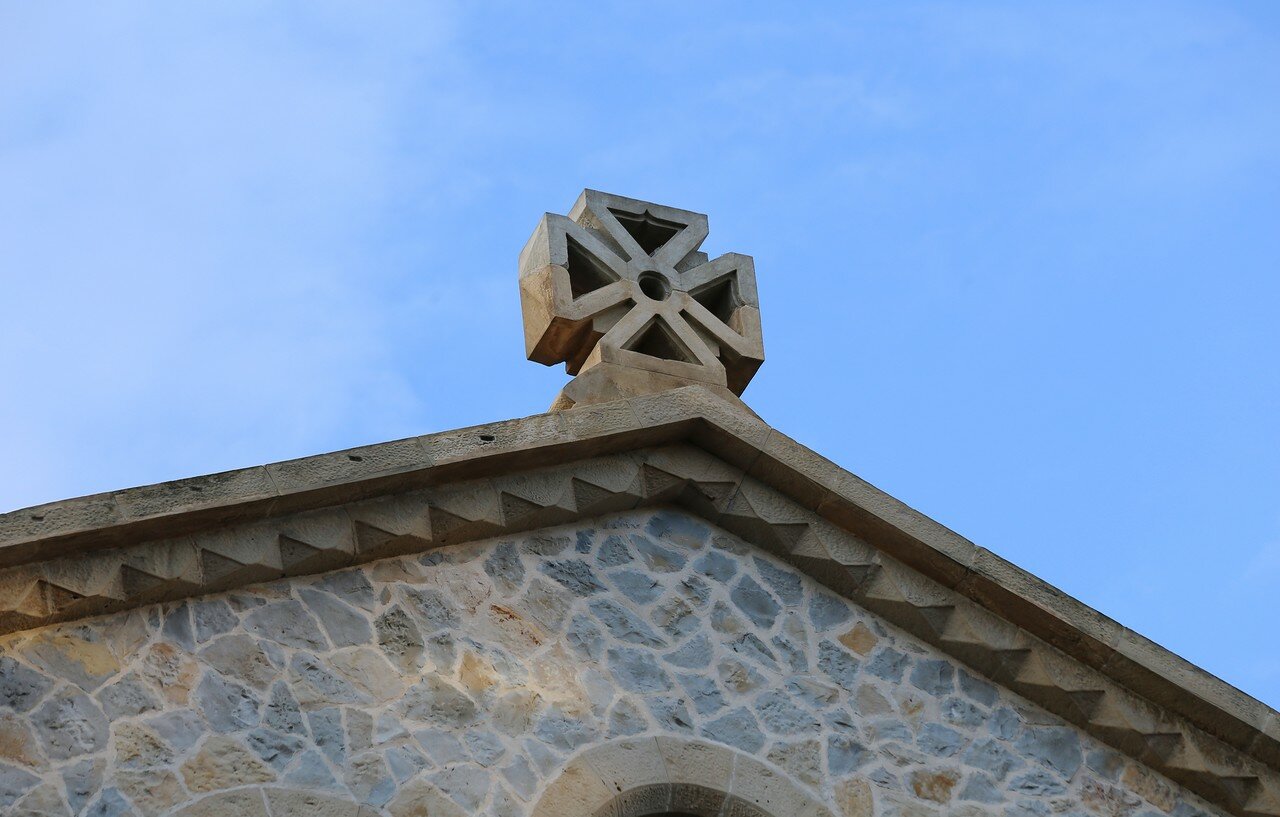 Originally, there was a Romanesque Church on this site, which was not only a religious institution, but also a defensive structure. The religious institution served as a hotbed of defense against the raids of the neighboring towns of Navarreria and San Saturnino, which were constantly at war with each other at the beginning of the second Millennium. 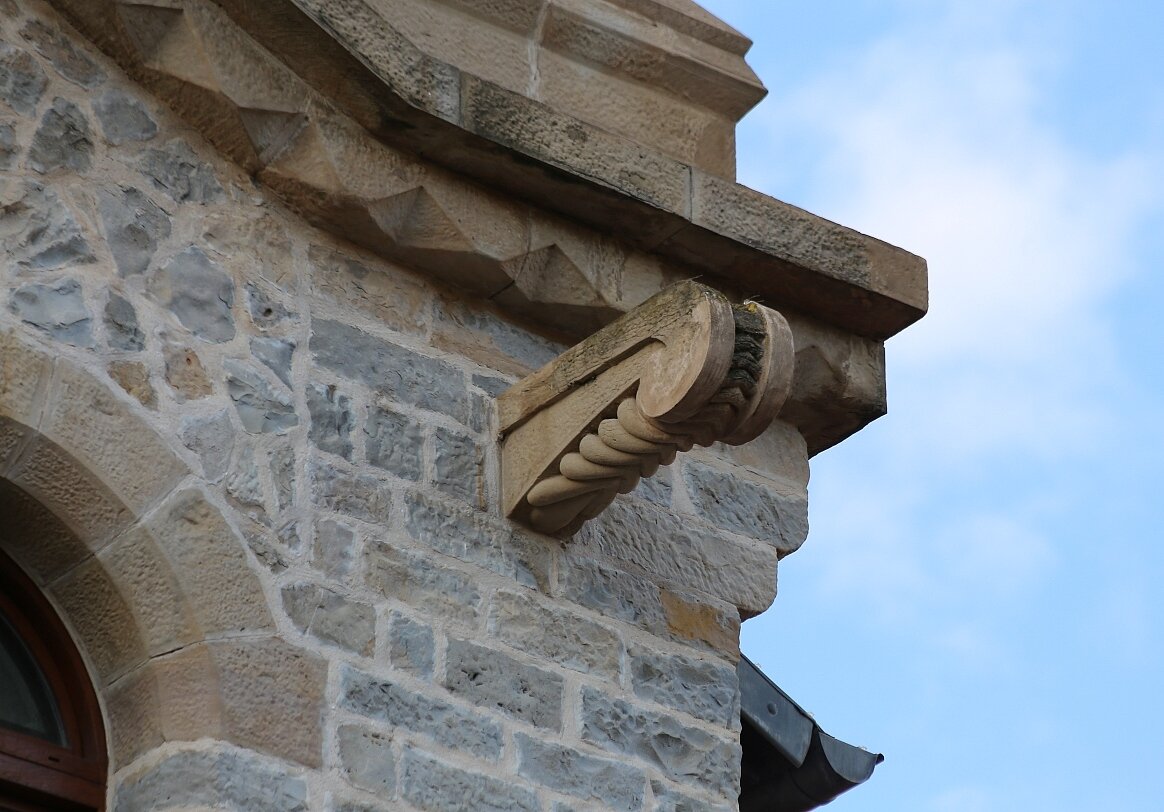 In 1222, during another civil war, the old Church burned down, and in its place was built a new one, consecrated in 1231. The structure looked more like a fortress, had thick walls with loophole Windows, and three corners were watchtowers. The rooms are decorated in a Gothic style. 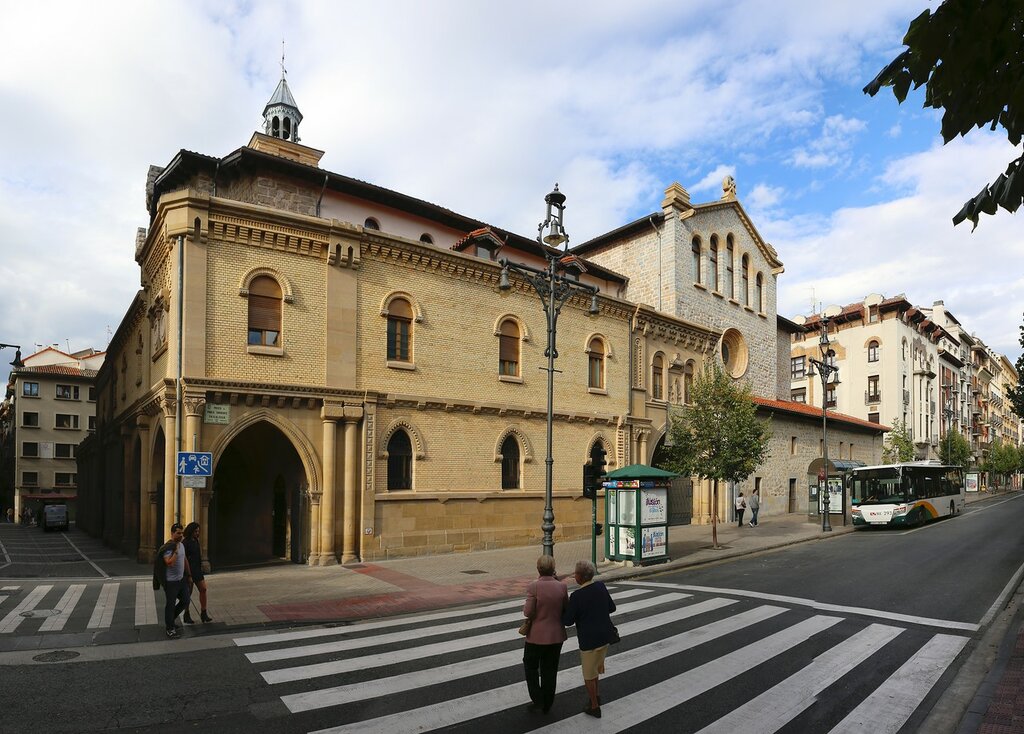 In the 19th century, the appearance of the temple changed significantly - neo-Gothic porticos appeared on the Western and Northern sides, and the facade facing Saraste alley was made in the style of medieval eclecticism. The reconstruction was led by Angel Goicoechea. 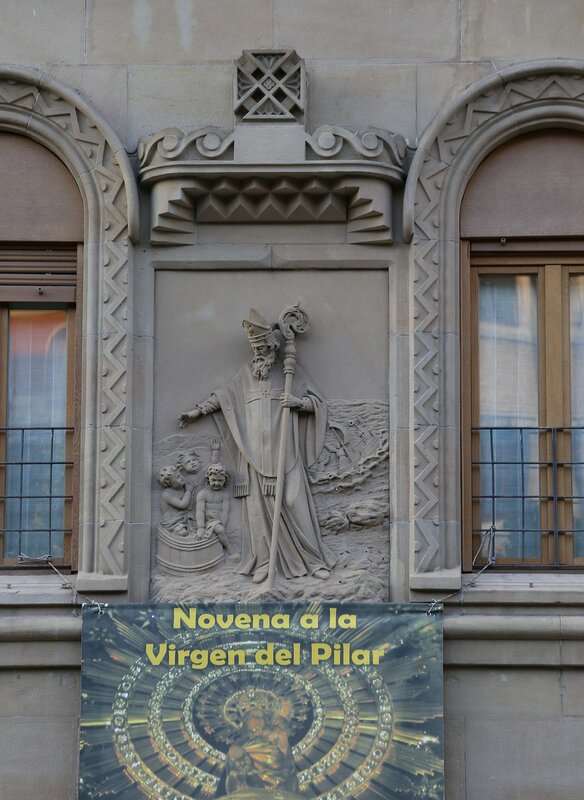 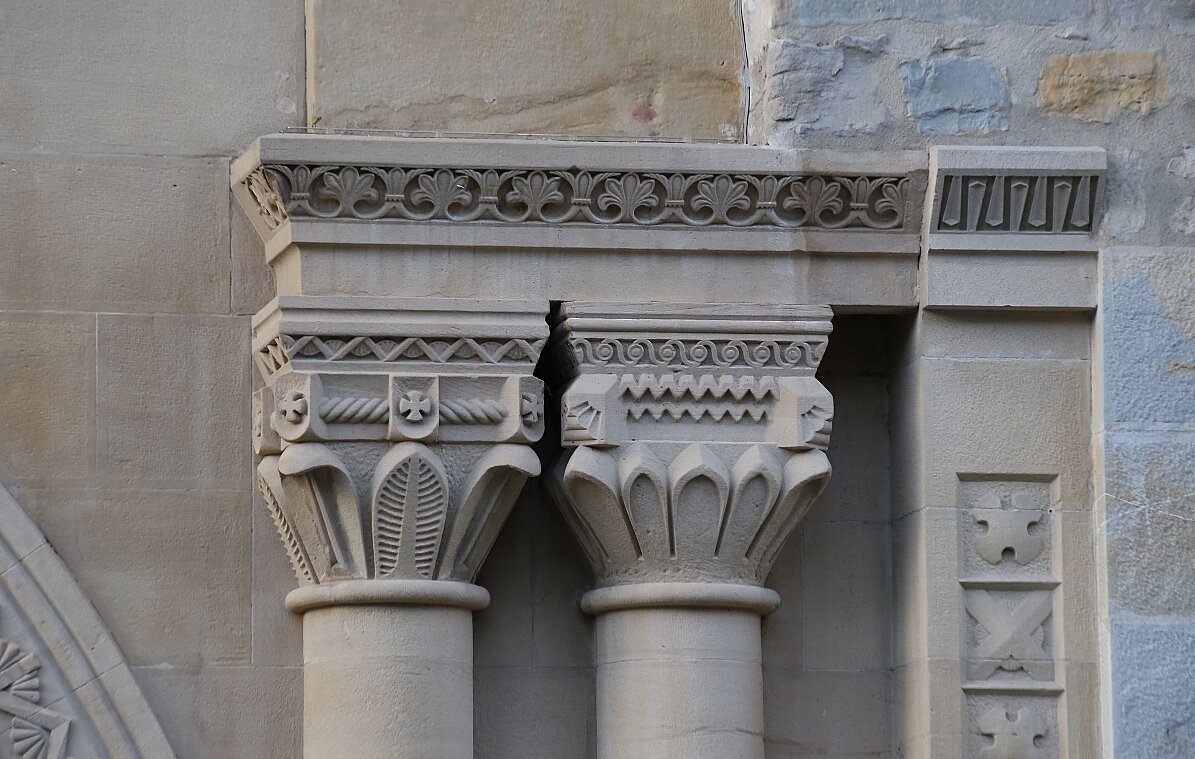 Today you can see only one of the watchtowers, the rest were dismantled for building materials when the need for them disappeared. 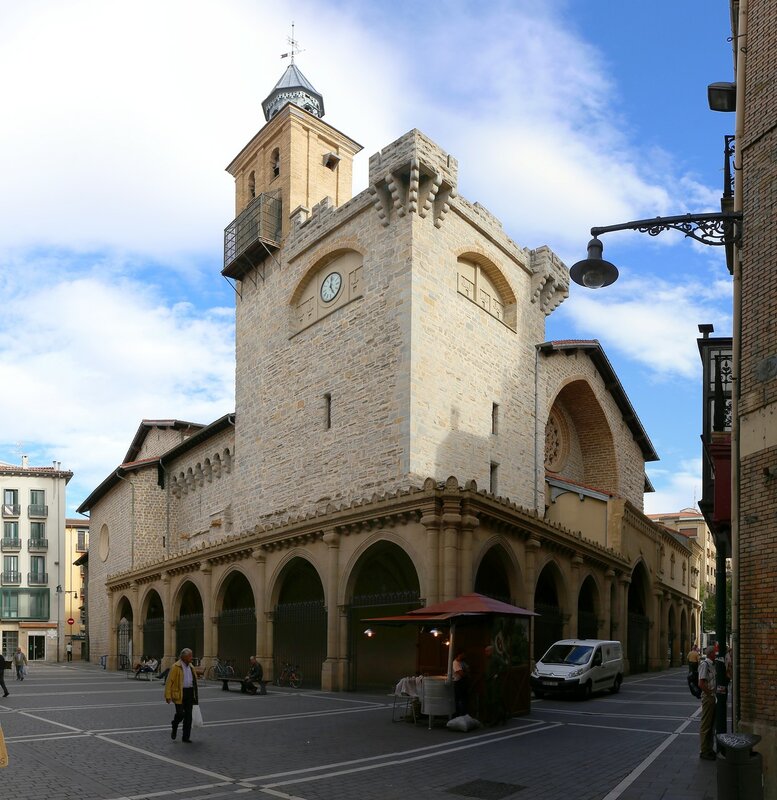 The surviving tower served as the basis for the bell tower, which was added in 1924. The author of the project is the architect Jose Martinez de Ubago. 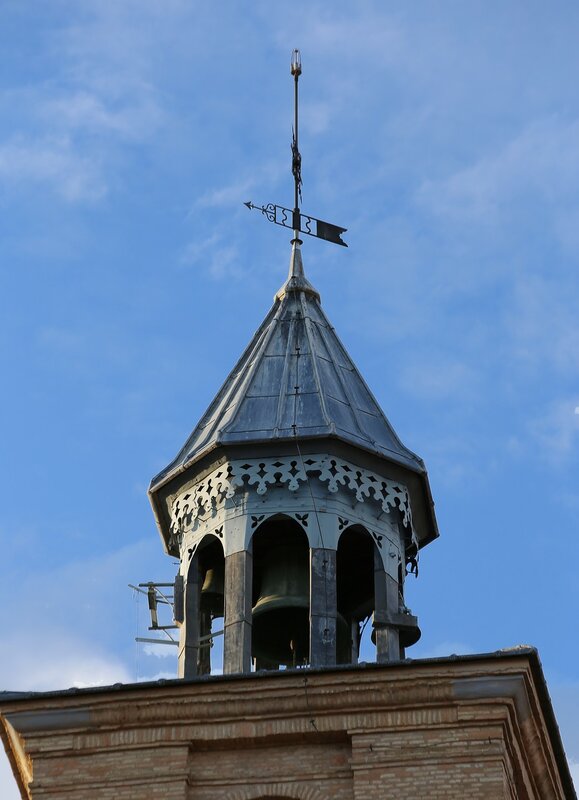