Walking in the night Pamplona

We will start our night walk in Pamplona from Plaza del Balurate (on the map). The name of the square can be translated as "pentagonal fortification". Indeed, the square is located in front of the main entrance to the fortress of Pamplona, which has a Pentagon shape in the plan. 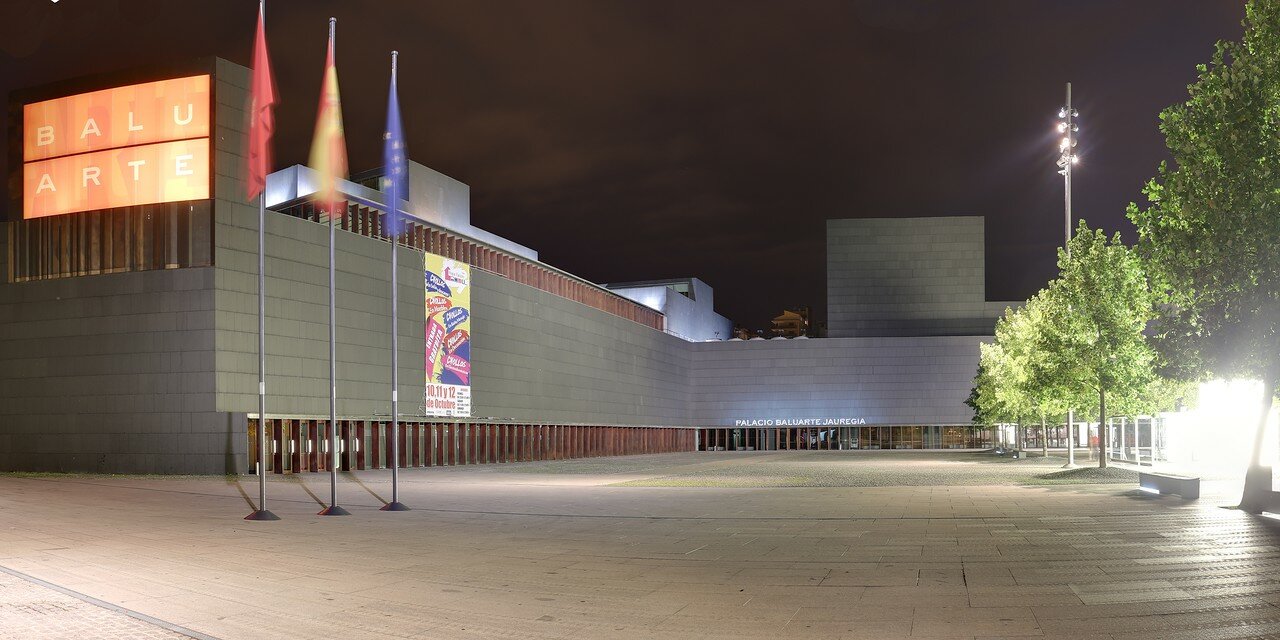 In front of the Palace of Congresses on the square is the building of the Parliament of Navarre (Parlamento de Navarra on the map). The building was built in 1892-1897 by the project of municipal architect Julián Arteaga.

Turning back, we will see the prospect of the Sarasate alley (Paseo de Sarasate). 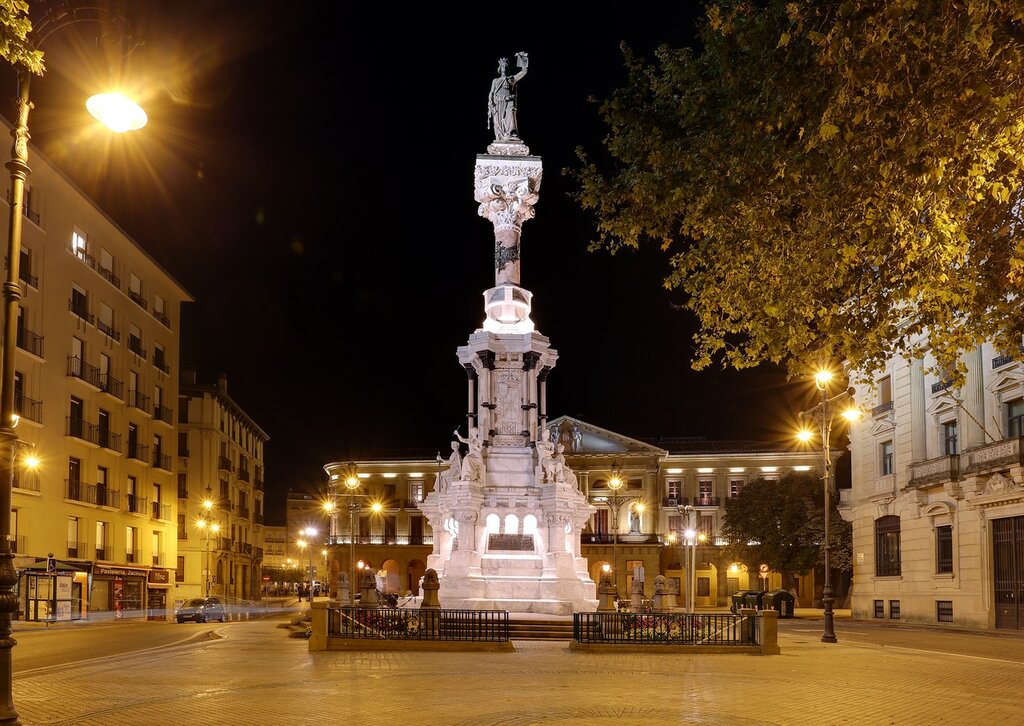 At the end of which stands the 25-meter column of Fueros (Monumento a los Fueros, "column of the law", on the map), erected in 1903 in memory of the struggle for tax privileges of Navarre, which took place in Parliament against the backdrop of mass popular protests of the Basques in 1883-1884. 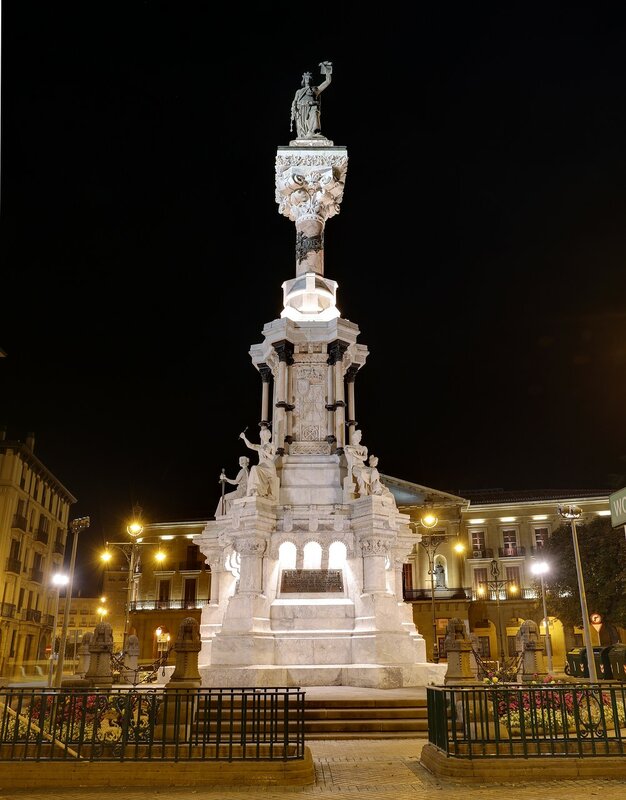 Behind the column you can see the neoclassical Palace of Navarre (Palacio de Navarra), built in 1840. The building is now occupied by the government of the Autonomous community of Navarre. 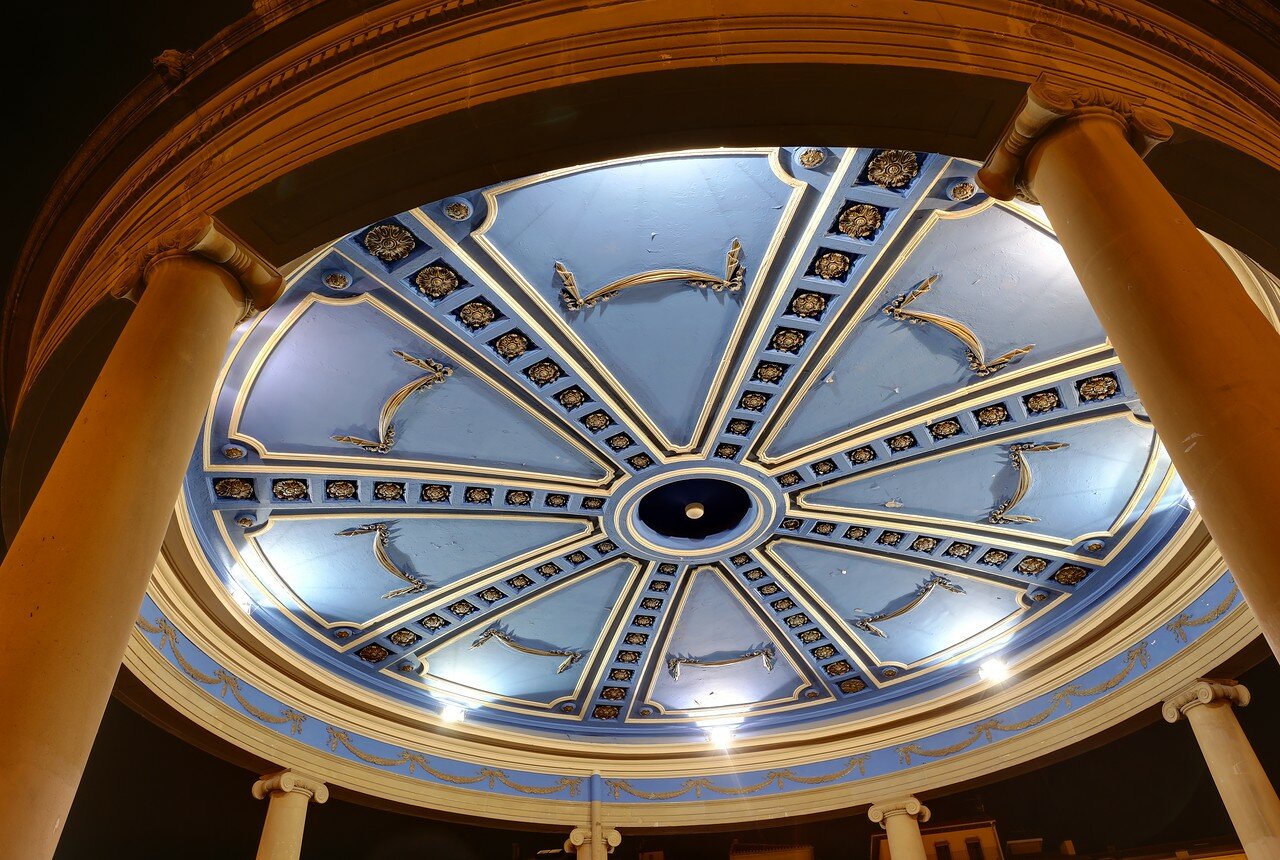 It offers a wonderful panorama of the buildings surrounding the square.

The gazebo's ceiling is also worthy of attention. 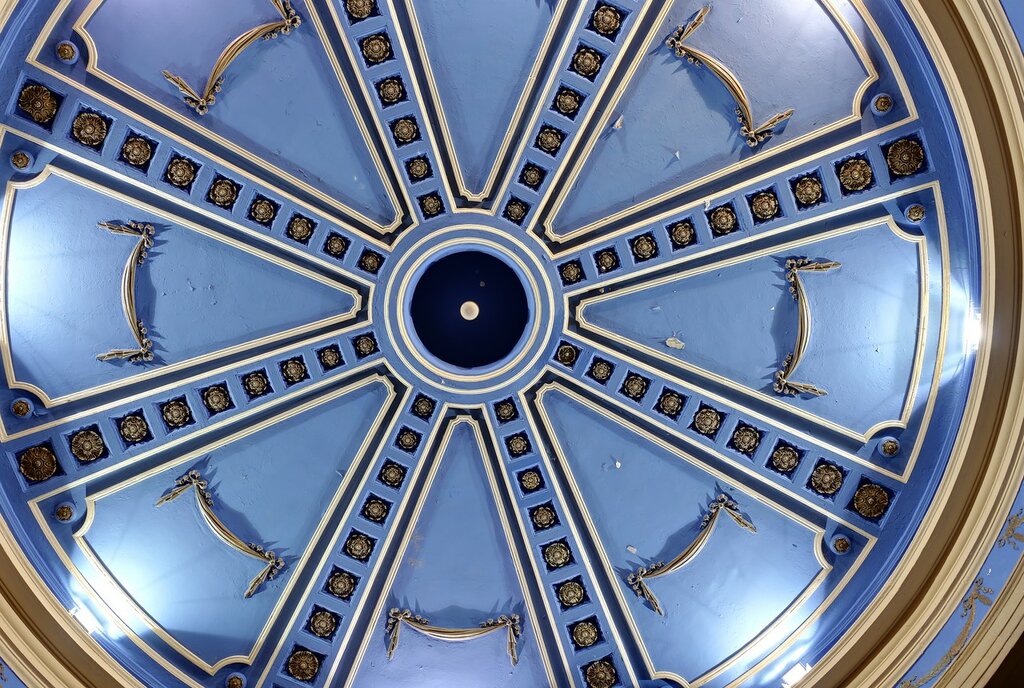 Then we will walk along the streets of the Old town. Calle Javier, which runs from the square to the spiritual center of Pamplona. 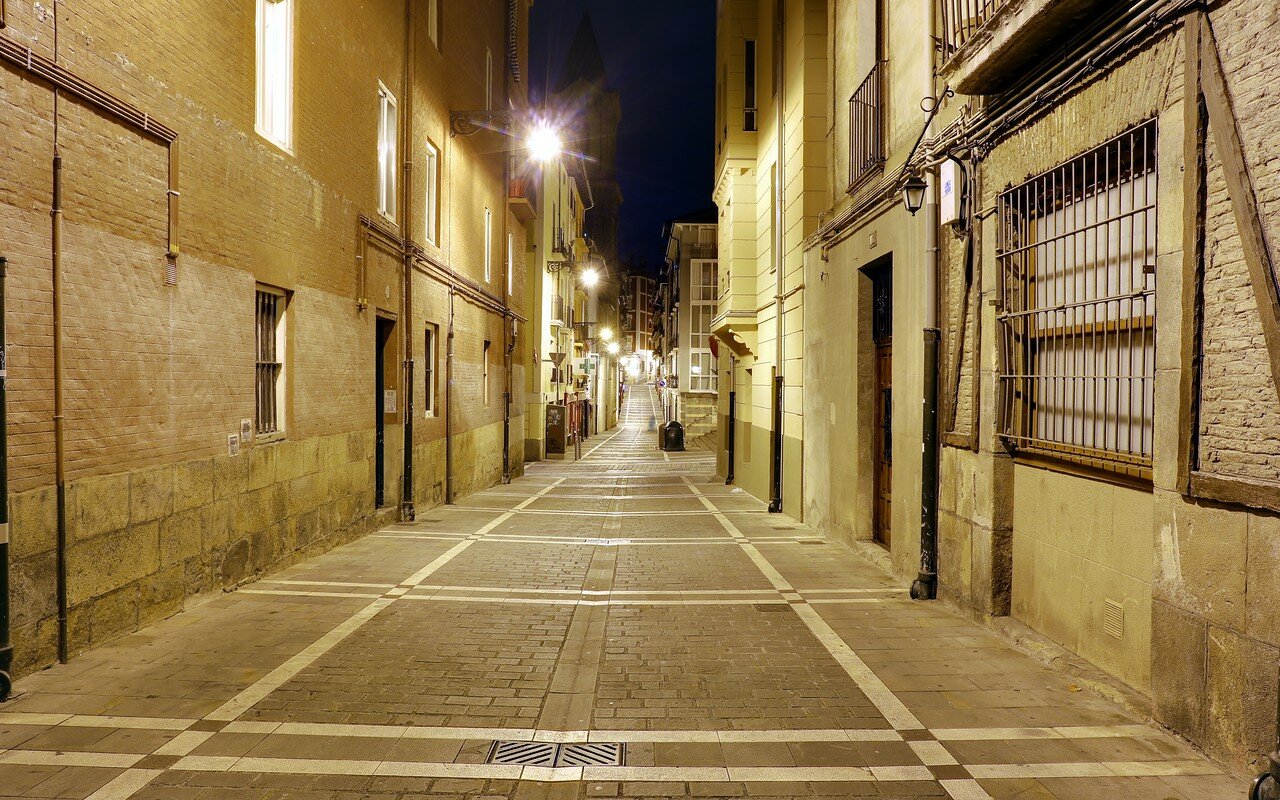 When you reach Calle Dormitaleria, turn left and a couple of blocks later you will find yourself in front of the majestic Cathedral building ( Catedral de Santa María on the map). 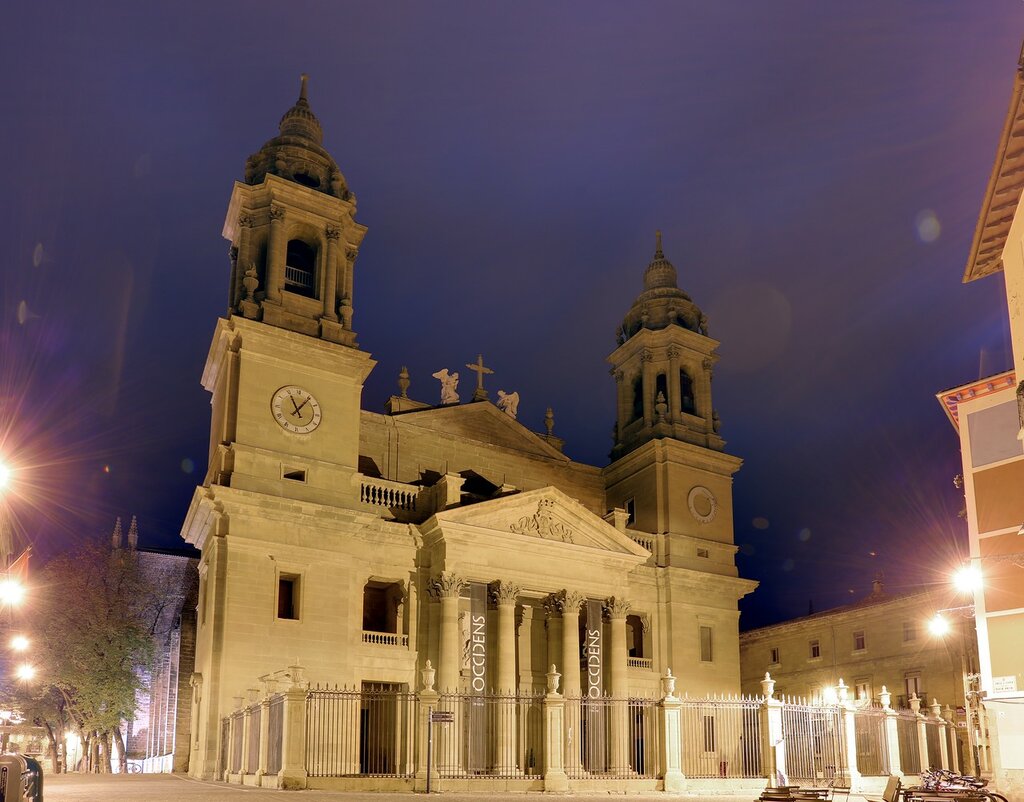 To the left of the Cathedral, from Plaza de San Jose, a small cul-de-SAC of Calle Salsipuedes leads to the Church of the convent of the barefoot Carmelites (Convento de Carmelitas Descalzas). At night, the alley is closed with a grid. 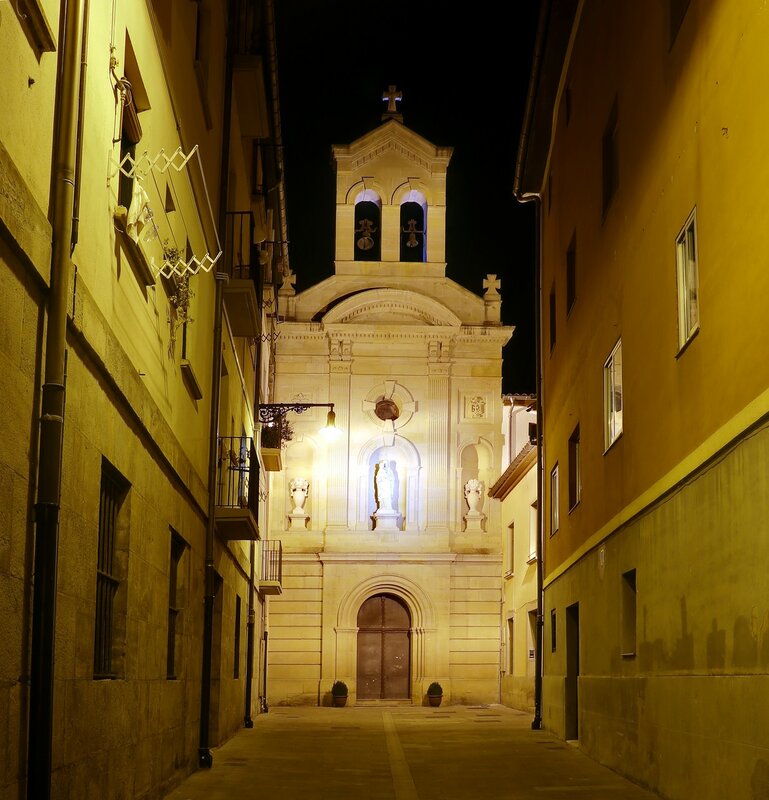 Finally, we will go to the Redin Bastion, the highest point of the ramparts of Pamplona. In the middle Ages, it was a place of executions, and now one of the most original hotels and restaurants in the city, El Mesón del Caballo Blanco (the White horse, on the map). The Gothic building where the guardhouse once stood is actually a mid-20th-century structure. Only a few internal walls and vaults date back to the middle ages. 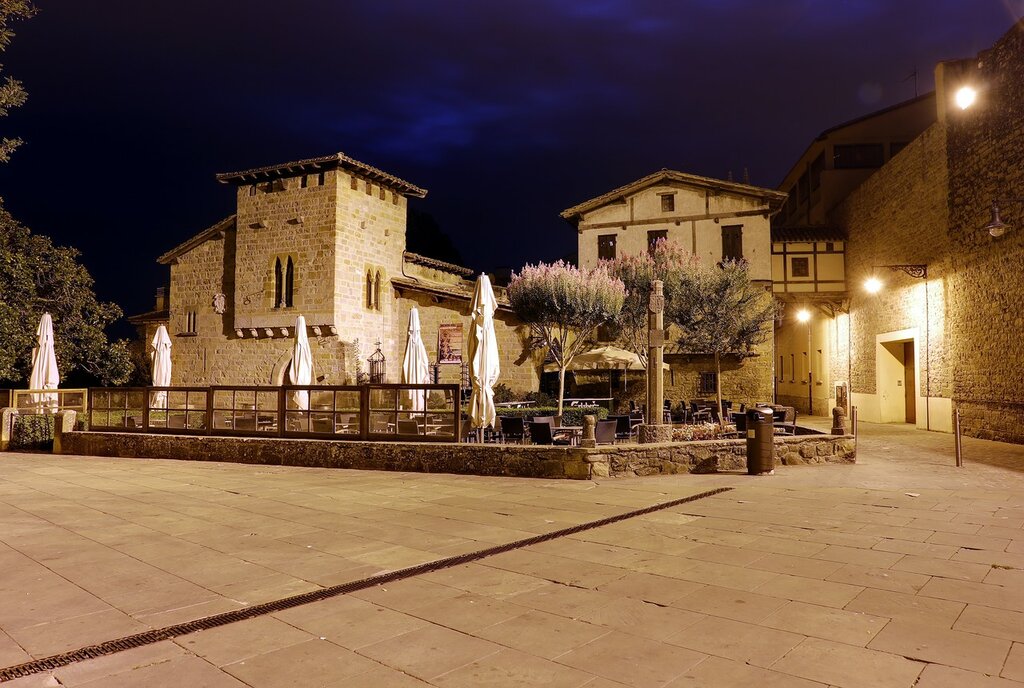