The first temporary Bullring appeared in Pamplona in 1844. After 5 years, the City Council decided to demolish the temporary building and build a capital structure, which was opened for the feast of St. Fermin in 1852. The arena was located at the intersection of Carlos III Avenue and Cortes Navarra street, slightly West of the modern arena. The proposal to build a new arena was submitted for consideration in 1920. However, the matter was complicated by the question-what to do with the old one? The debate continued for almost a year, until a fire broke out in the old arena on August 21, 1921, which ended the discussion. Some eyewitnesses spoke about the smell of gasoline, but this was never proven. San Sebastian-based architect Francisco Urcola developed a project that made extensive use of new materials - reinforced concrete and metal structures. However, the structure was made in the style of historicism and had a classical design of structures of this kind. New arena (on the map) was opened on July 7, 1922, on the first day of the main Pamplona holiday of Saint Fermin.

The main entrance is designed as a triumphal arch, 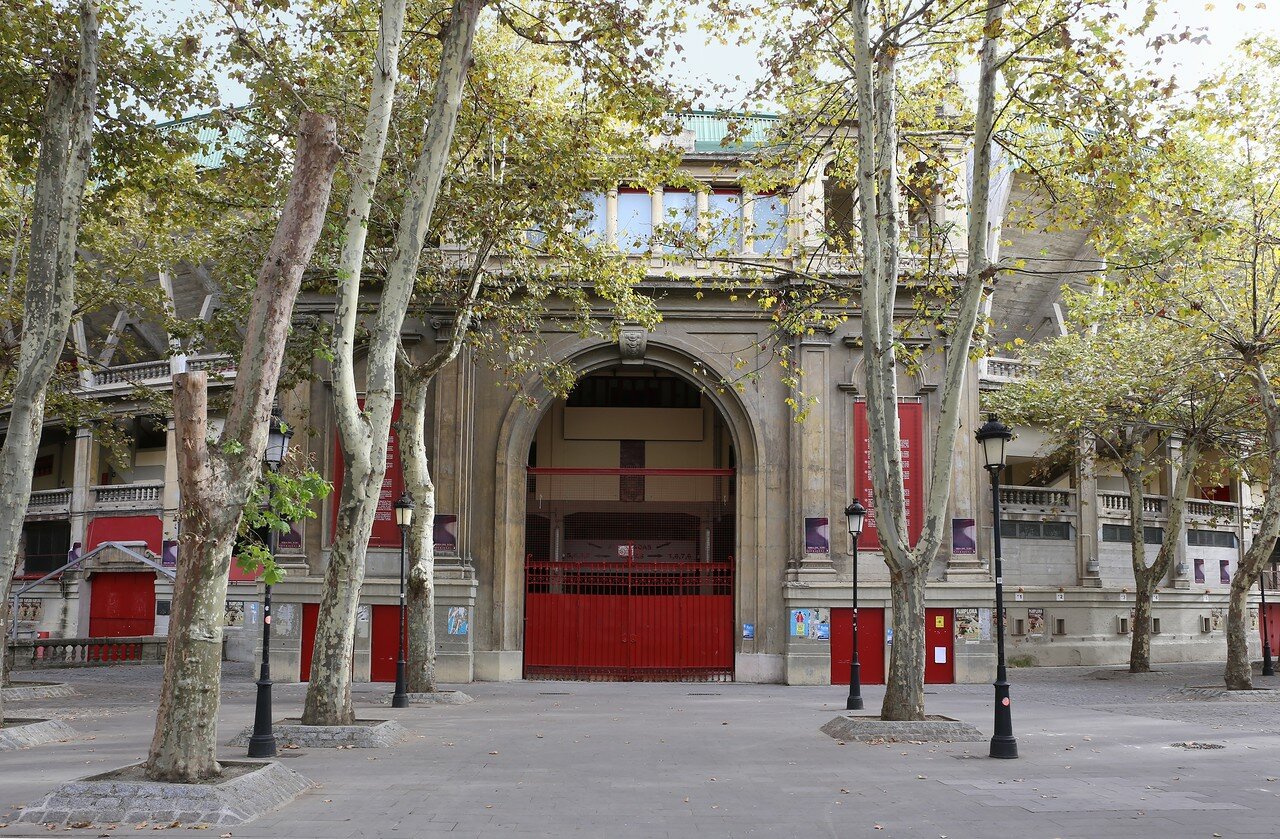 above which you can see the coat of arms of Pamplona. 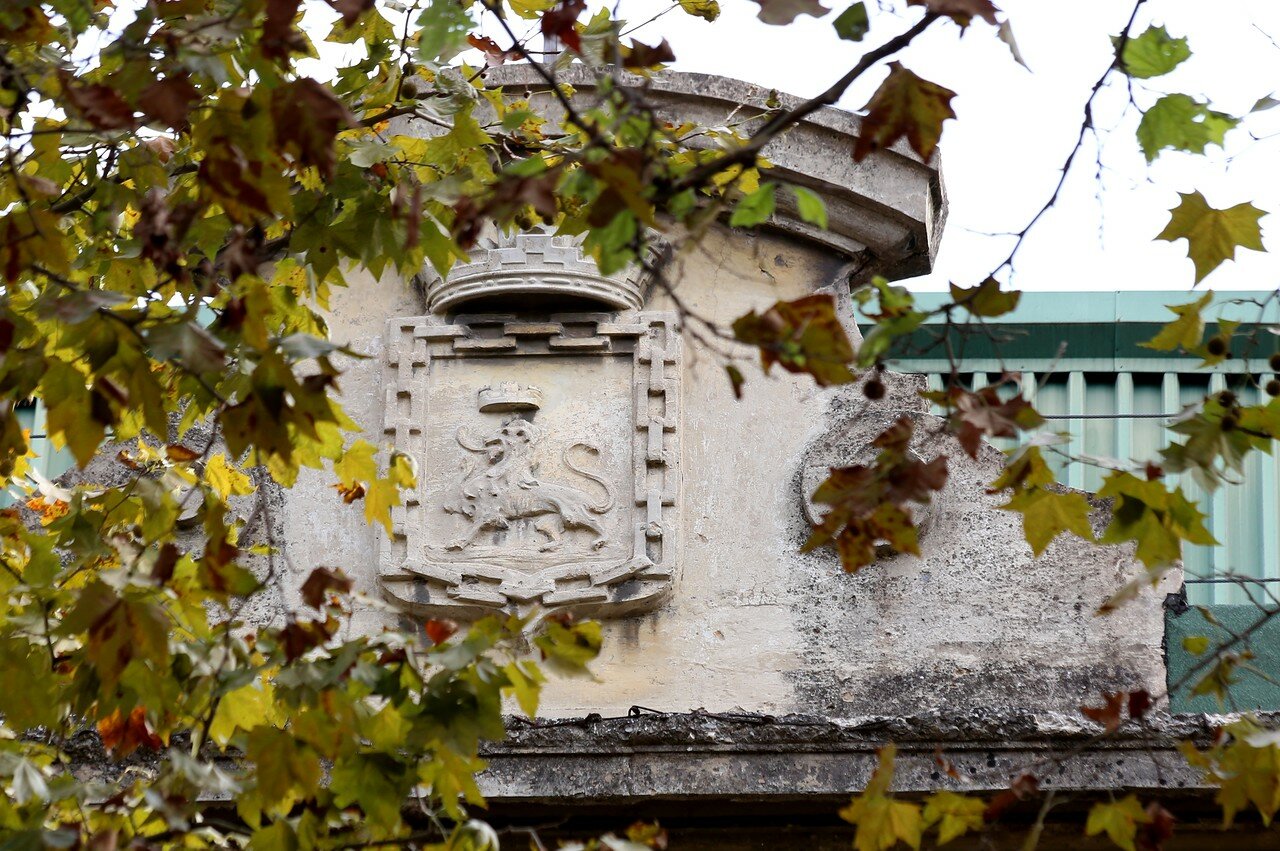 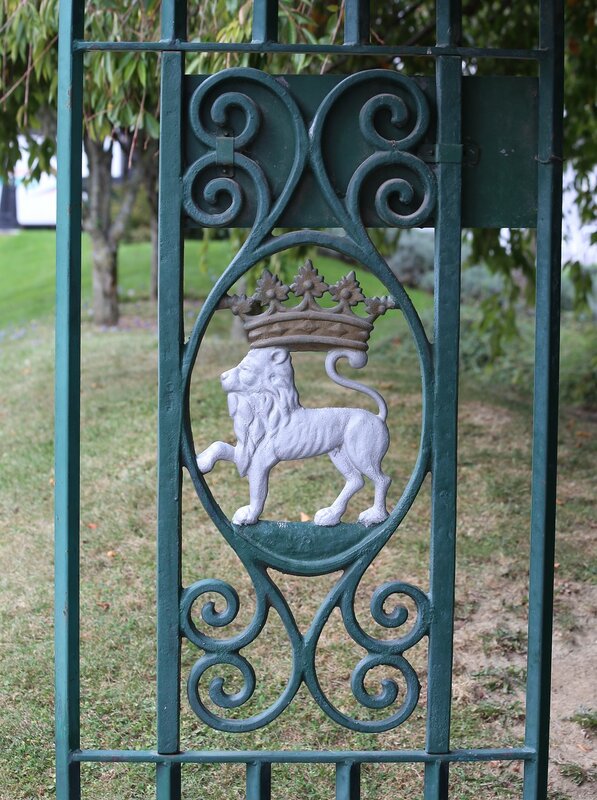 In 1966, the arena underwent a large-scale reconstruction designed by architect Rafael Maneo in collaboration with engineer Carlos Moneo, Carlos Fernández Casado. As a result, the spectator stands received another tier, the bowl of which is supported by triangular supports, and the capacity of the structure reached 19529 people. 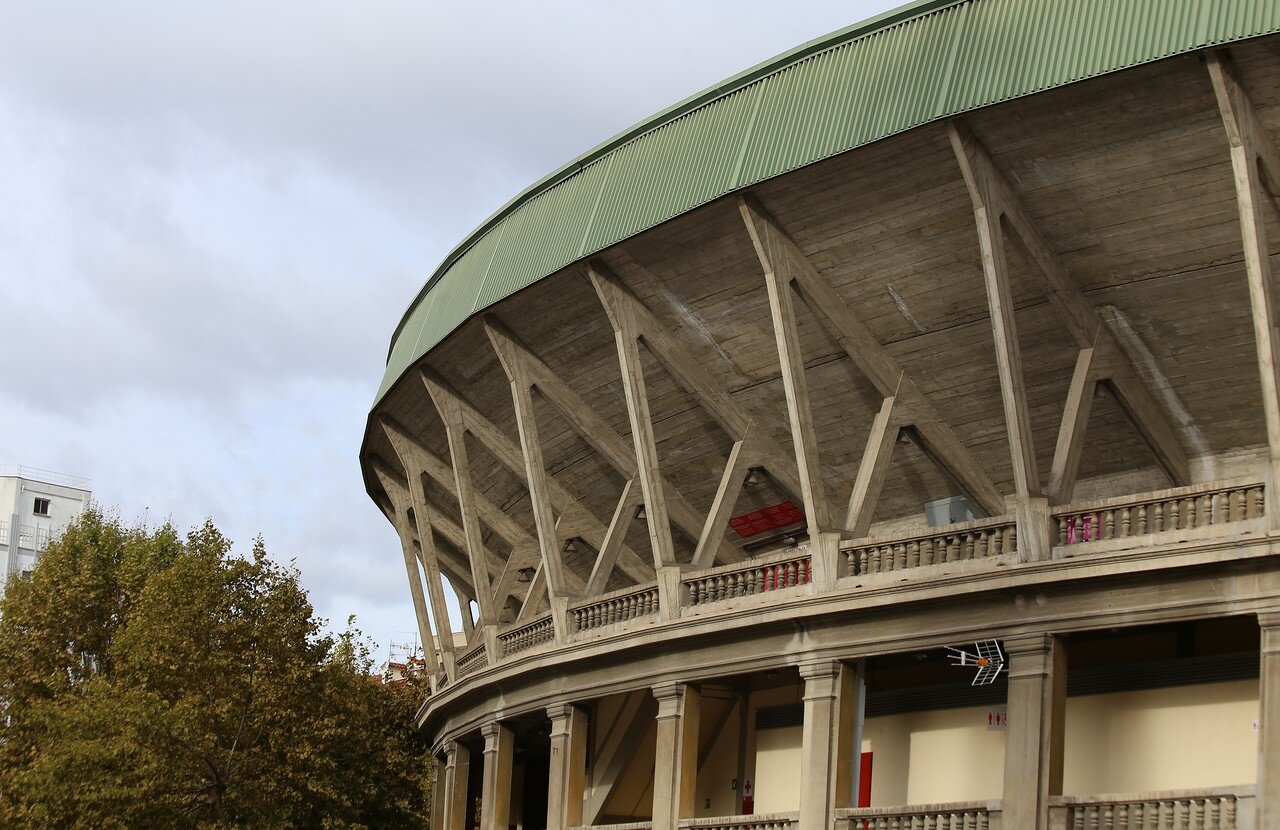 In 2004-2005, the arena was reconstructed again, in accordance with pan-European safety requirements. There were several new portals, and the number of places increased by another two hundred. During the reconstruction process, remains of a 16th-century spring and a canal that supplied water to the Pamplona suburb of Navarreria until 1852 were found in the arena area, as well as remains of a bridge and walls of the tejería Revellín fortification (Tejería Revellín) also from the 16th century. 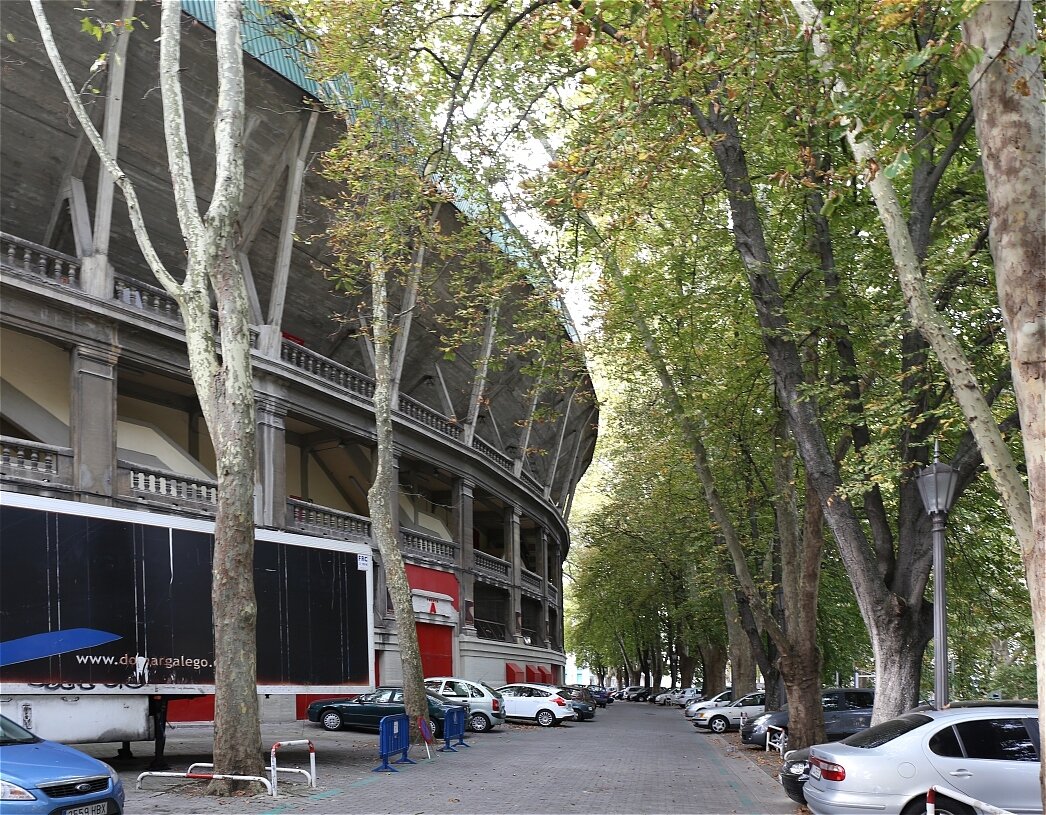 Now the Pamplona arena is the fourth largest in the world, after Mexico city, Venezuela's Valencia and Madrid. However, bullfighting in Pamplona is only organized during the feast week of St. Fermin, from July 7 to 14, and other days there are concerts and sports games. 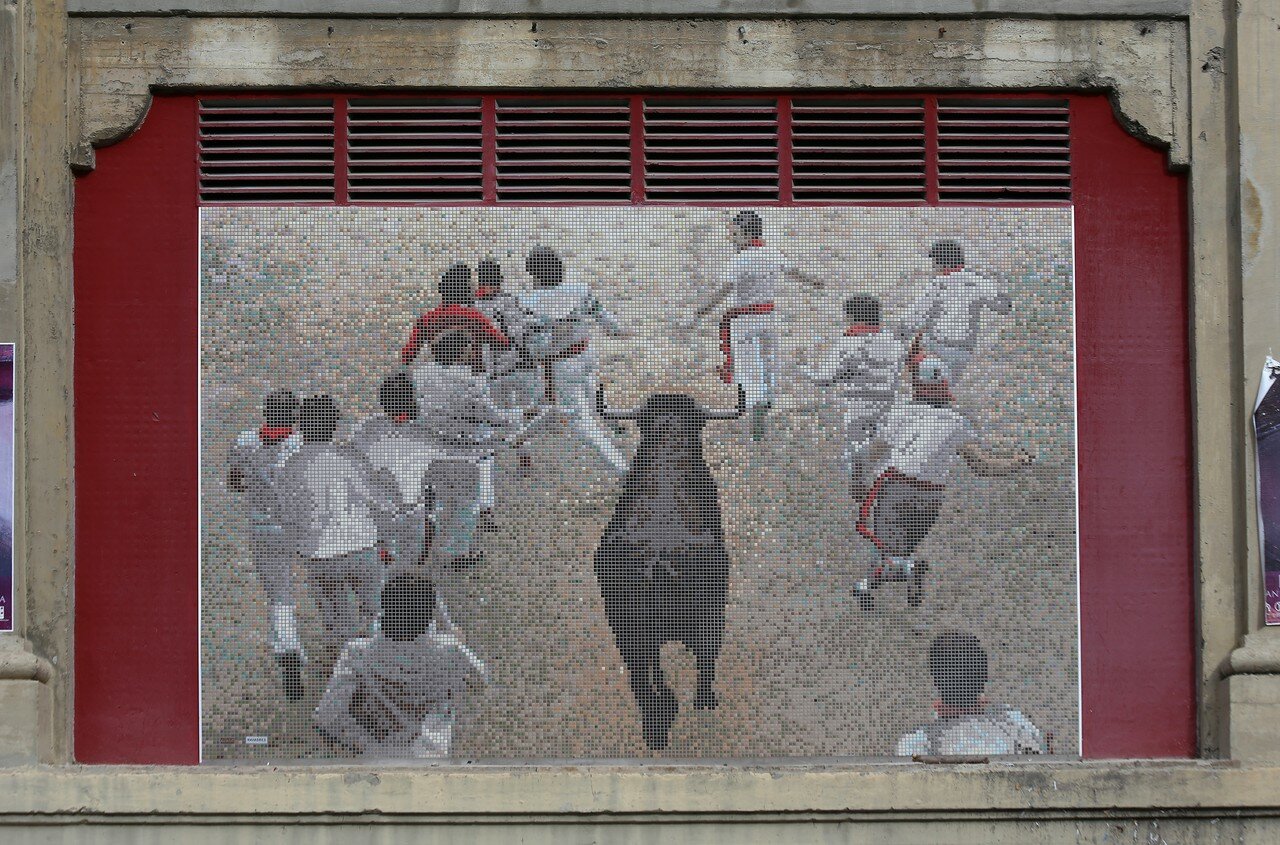 There are several monuments around the arena. 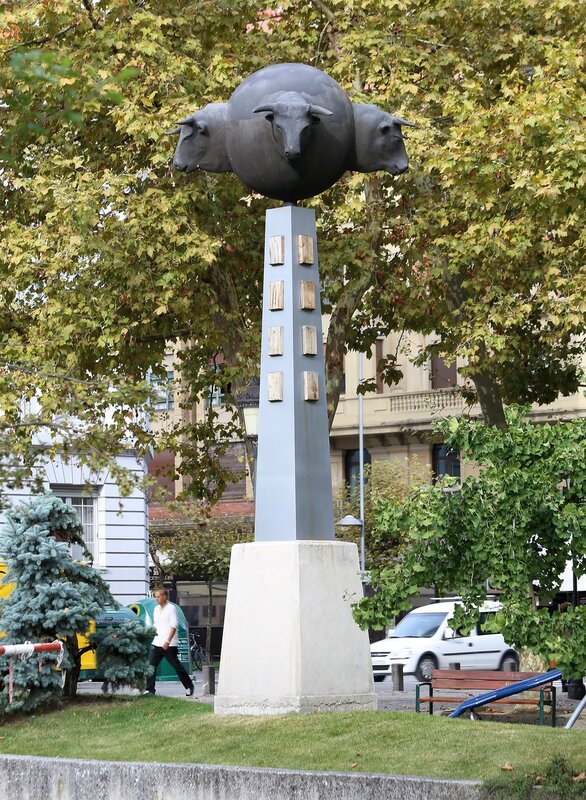 On the green alley near the main entrance, the memory of the writer who glorified Pamplona and the feast of St. Fermin in the novel "Fiesta"is immortalized. 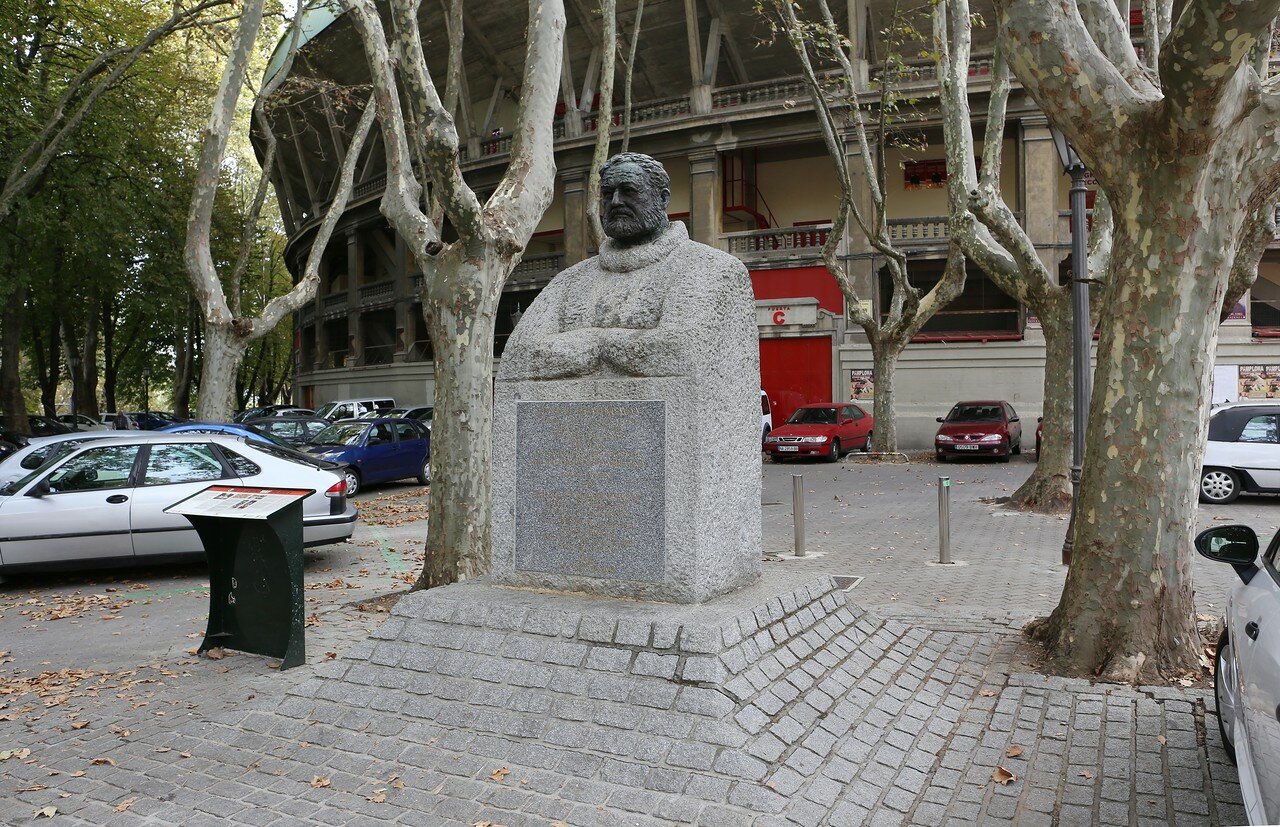 The monument to Ernest Hemingway by Luis Sanguino (Luis Sanguino) was opened on July 6, 1968. The ceremony was attended by the writer's widow, Mary Hemingway. 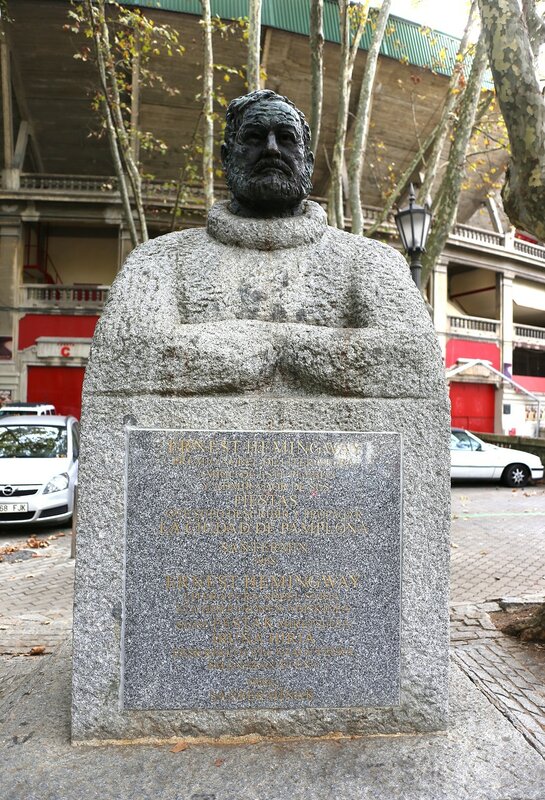