By choosing San Sebastian as her summer residence at the end of the 19th century, the Dowager Queen Maria Cristina made a small town on the Bay of Biscay a fashionable resort. In addition to the construction of the Miramar Palace, there was also a promenade stretching along the beaches of the Bay of La Concha for 2 kilometers in an arc.

The La Perla bathhouse (on the map) was built in the late 19th century and reconstructed in 1912, as a result of which it acquired elements of the "art Nouveau"style. 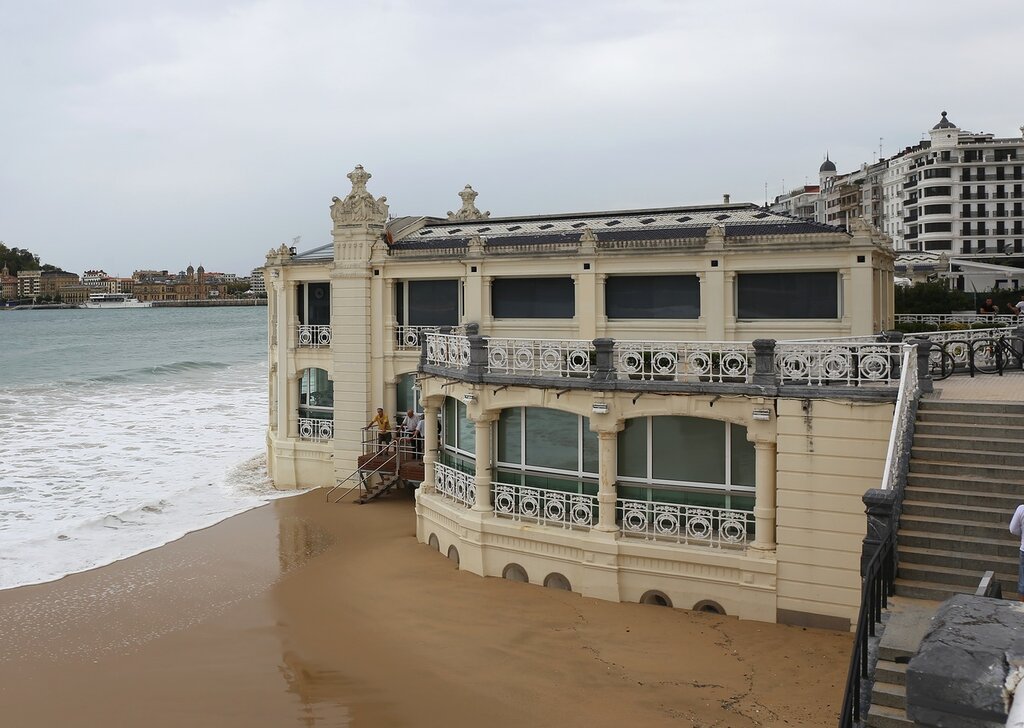 Now La Perla is a modern Wellness center, providing treatments with seawater, as well as a fitness room and restaurant. The institution offers therapeutic, relaxation and anti-stress programs. 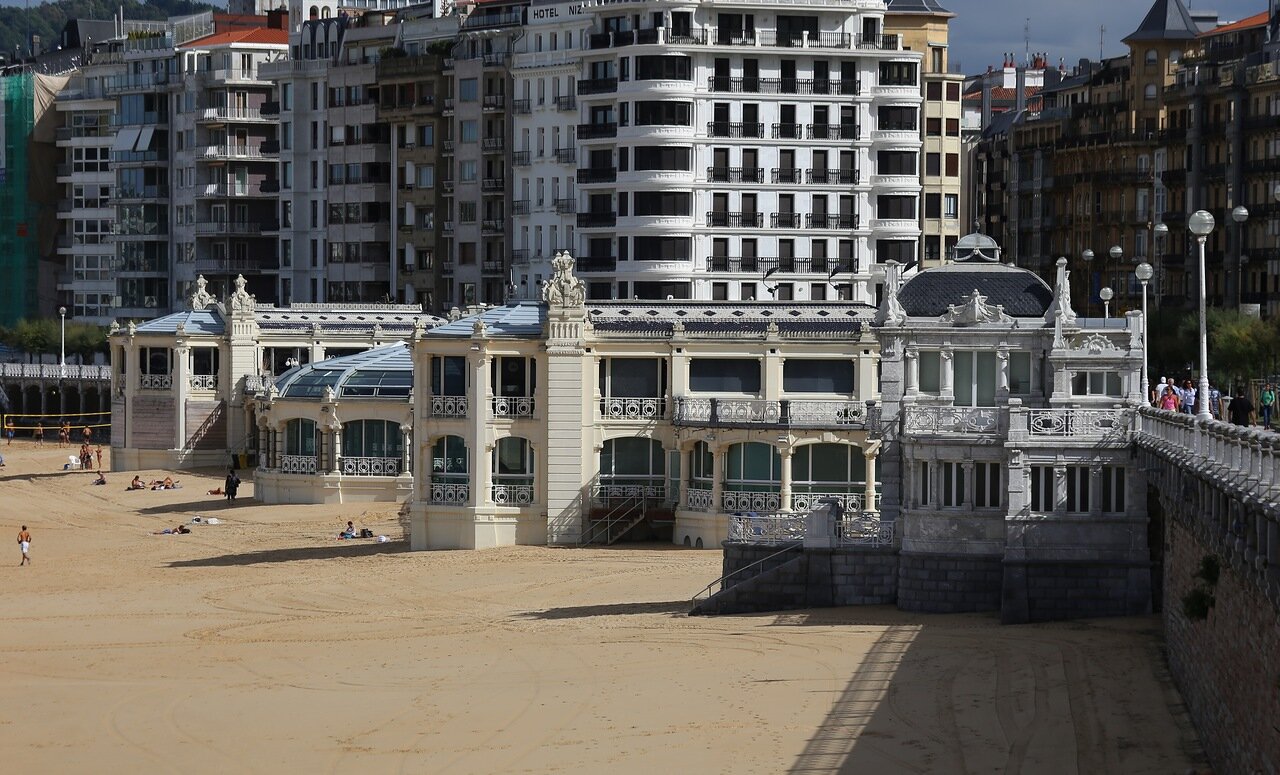 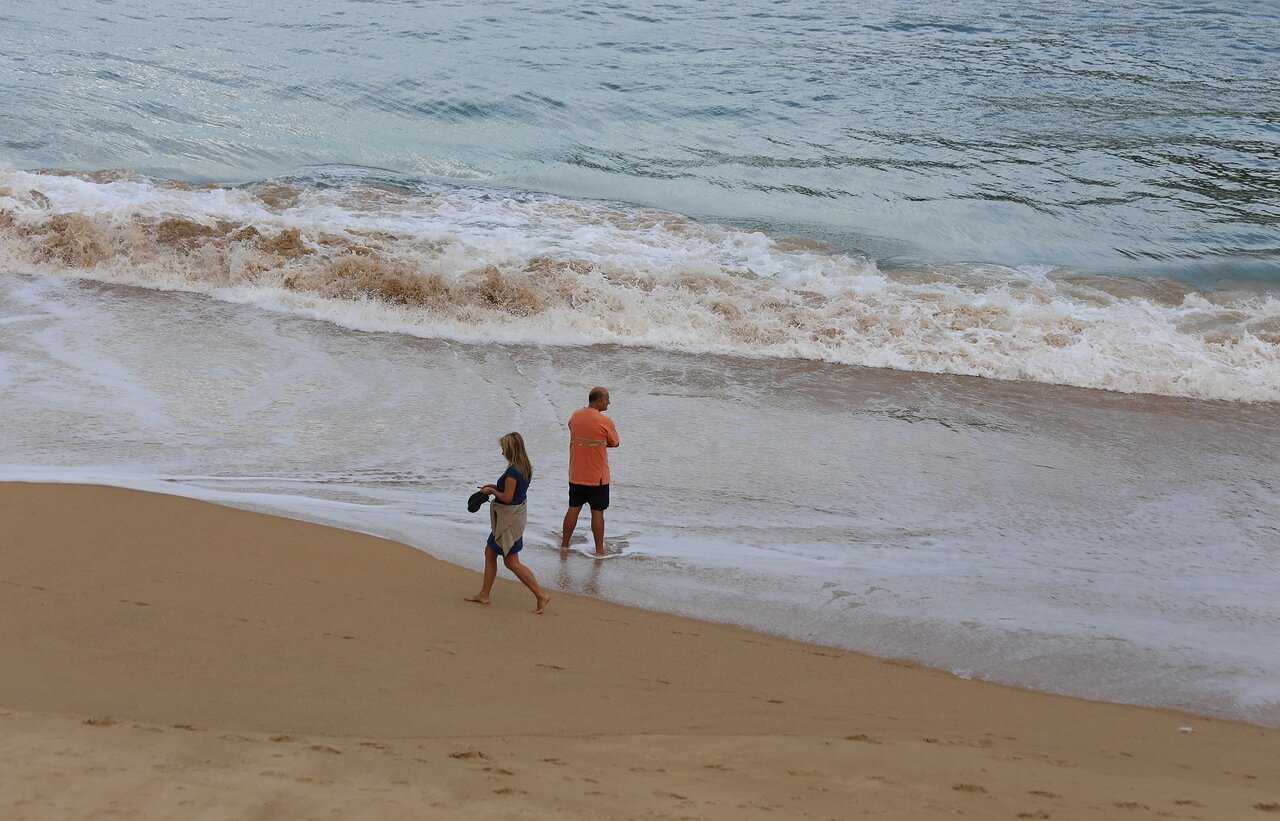 Nearby is another small pavilion, reminiscent of Belle Epoque-the architectural style of the "Belle Epoque". 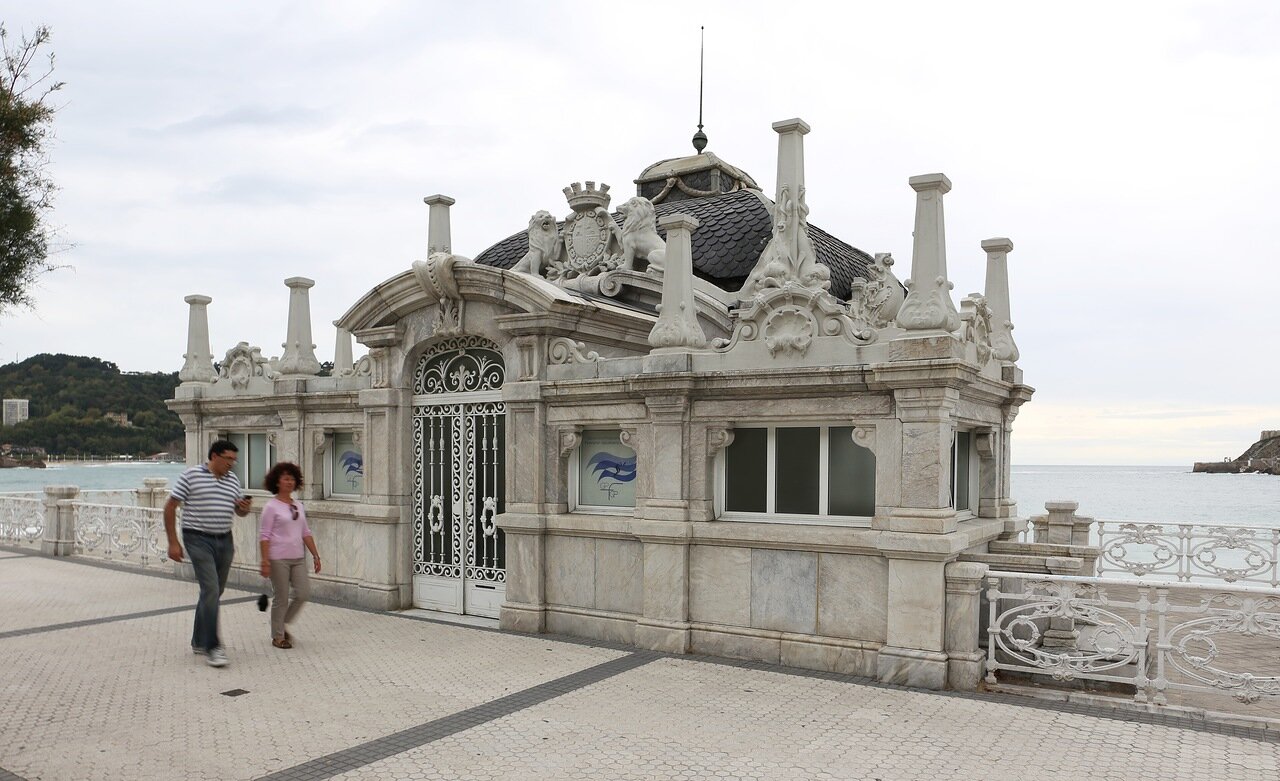 Thanks to these architectural masterpieces, on the eve of the First world war, the resort gained a reputation as the most beautiful in the world. 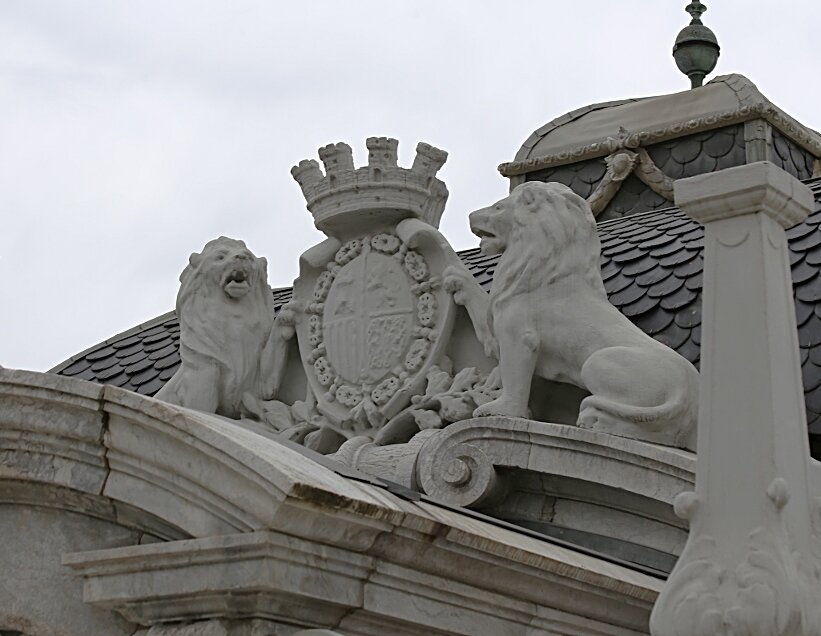 Now the pavilion is home to the kayaker Federation. 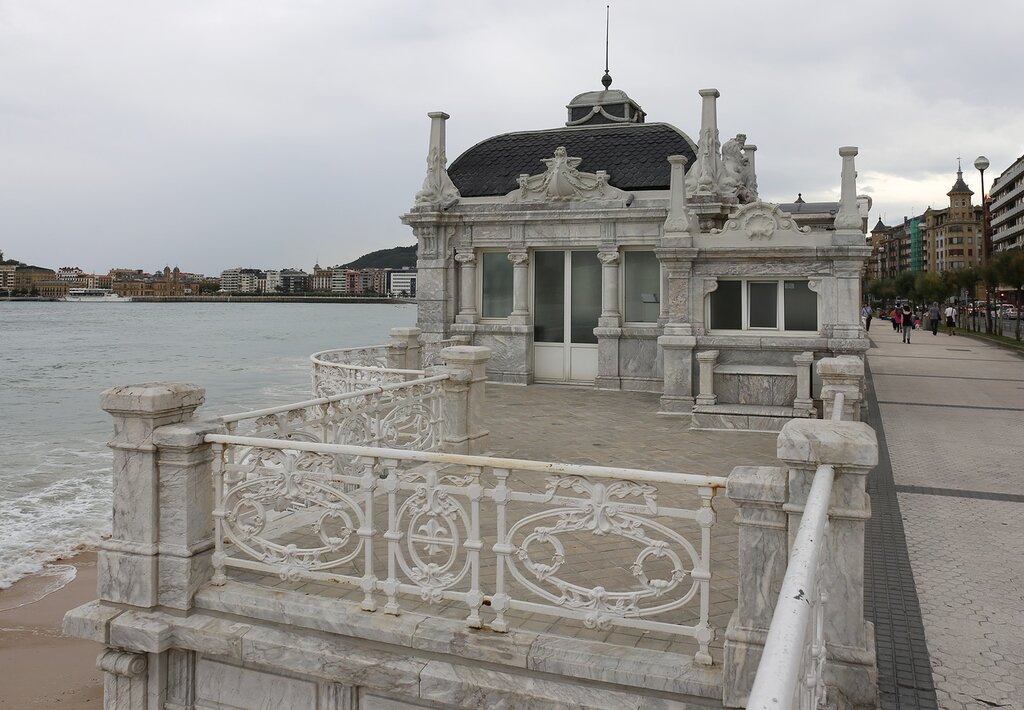 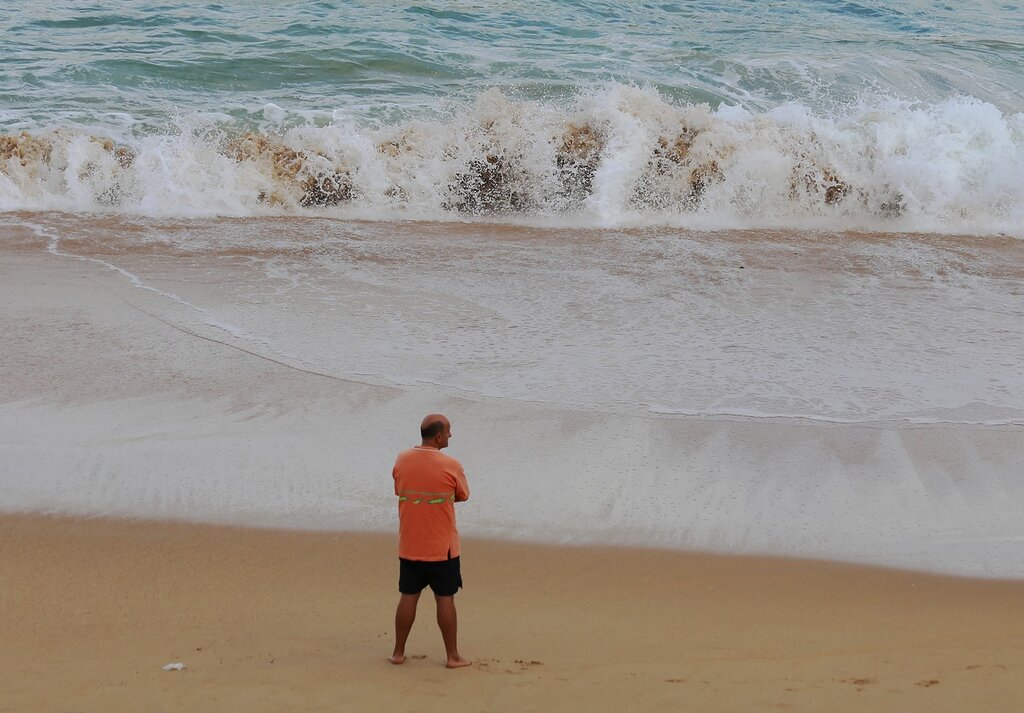