The main official square of the city (on the map) gets its name from the Provincial Palace, which is the seat of the legislature of the province of Alava.

The Palace of deputies of the province of álava (Palacio de la Diputación Foral de Álava) was built from 1833 to 1858 under the direction of the city architect Martin Saracíbar (Martin Saracíbar). The style can be defined as neoclassical, the building looks quite strict. From the decorations present only pilasters with ionic capitals and beautiful lanterns on the second-floor balcony. 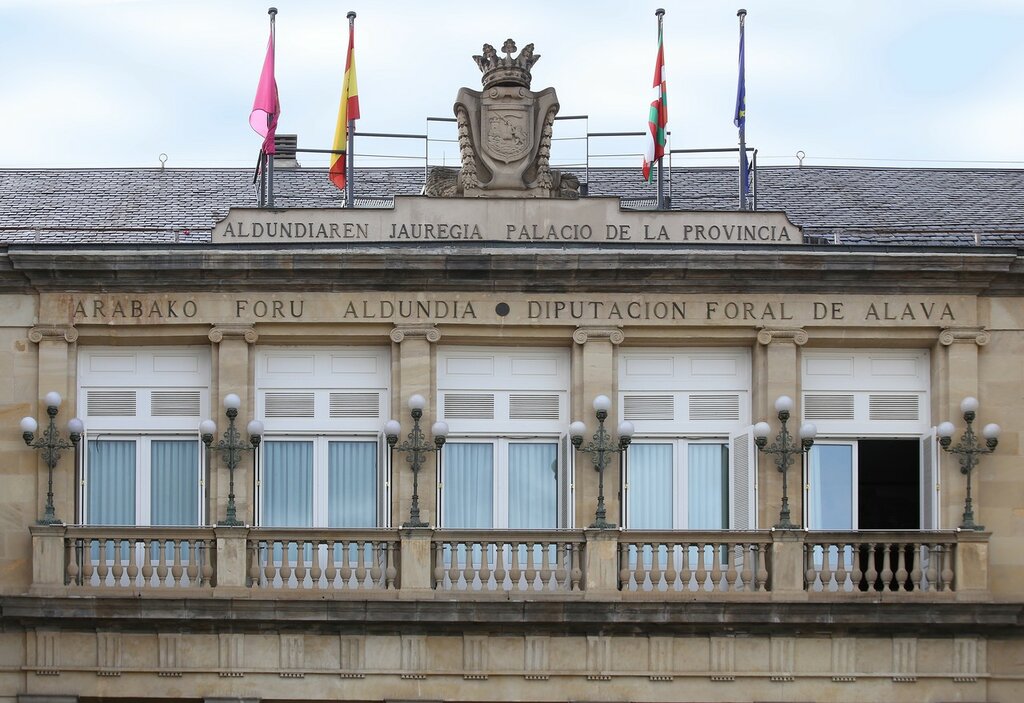 Coat of arms of the province of Alava. 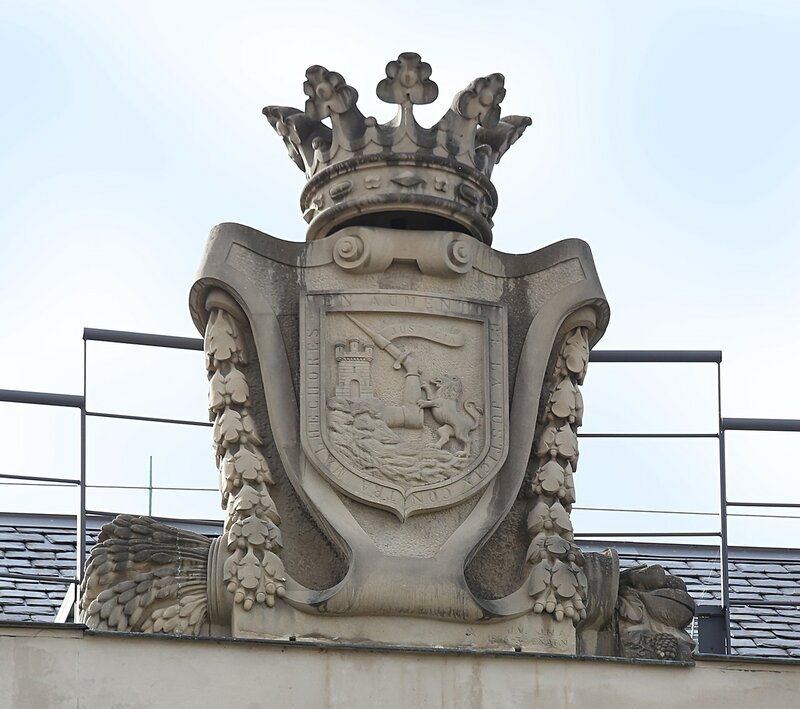 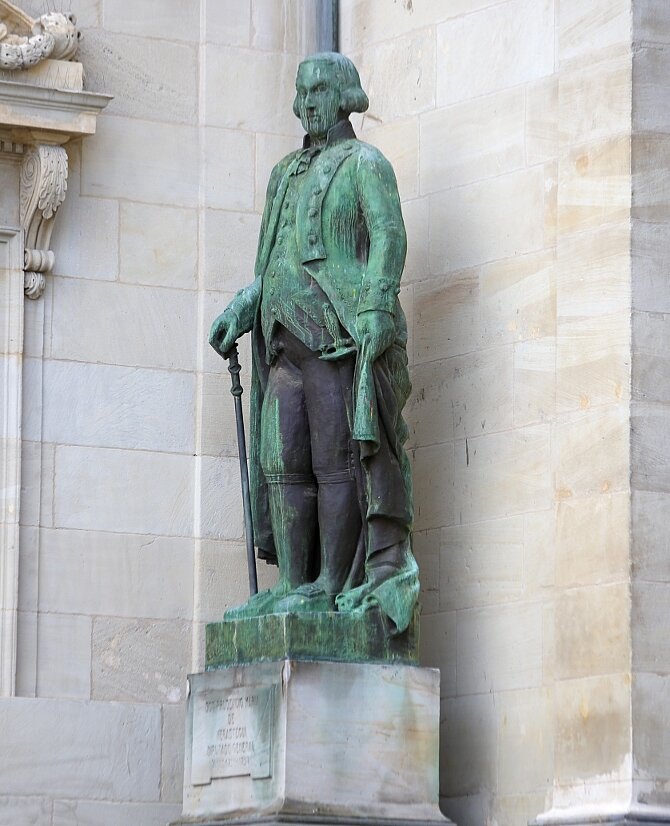 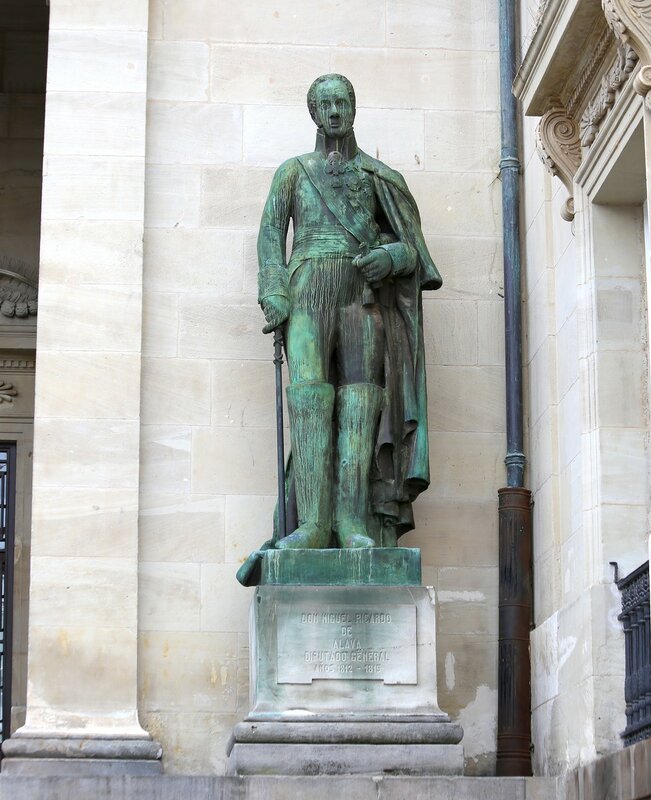 The square is used for celebrations and cultural events, so today in front of the Palace began to mount a stage. In General, this place gives the impression of quiet and cozy, in contrast to the busy square of the White mother of God. 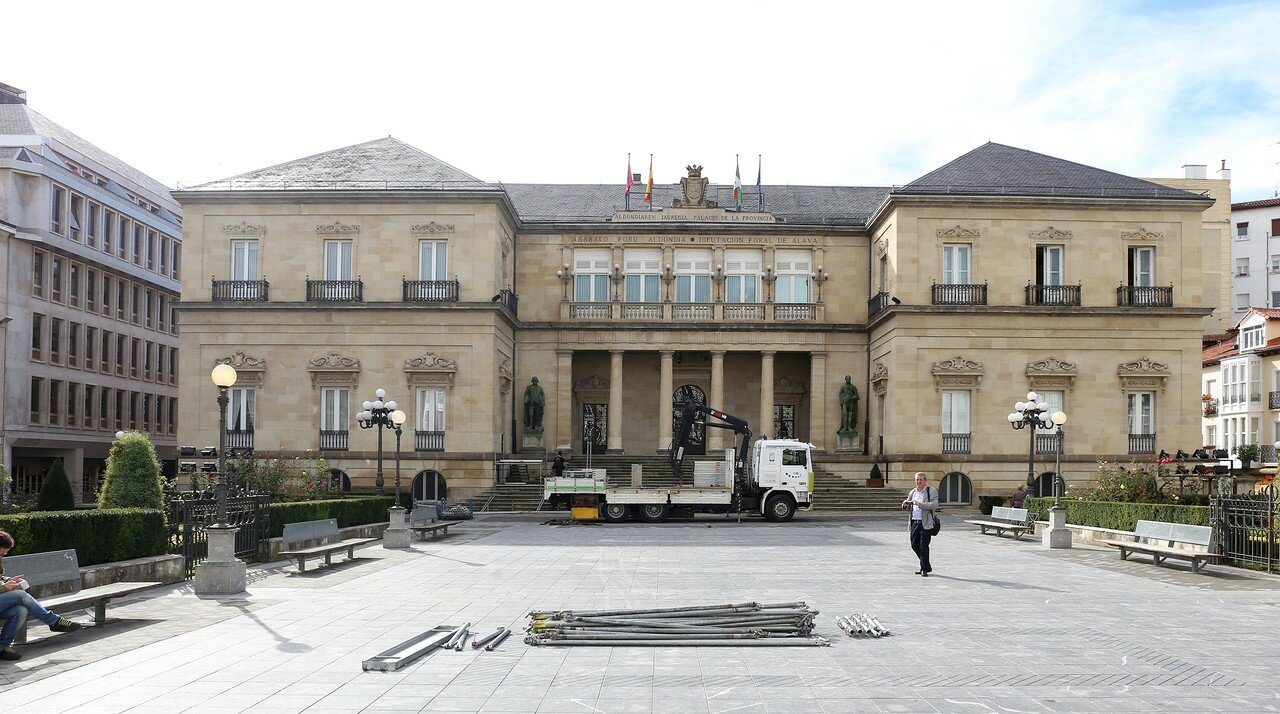 On the right side of the square there is a monument to MATEO Benito de Moras, a famous Basque lawyer. 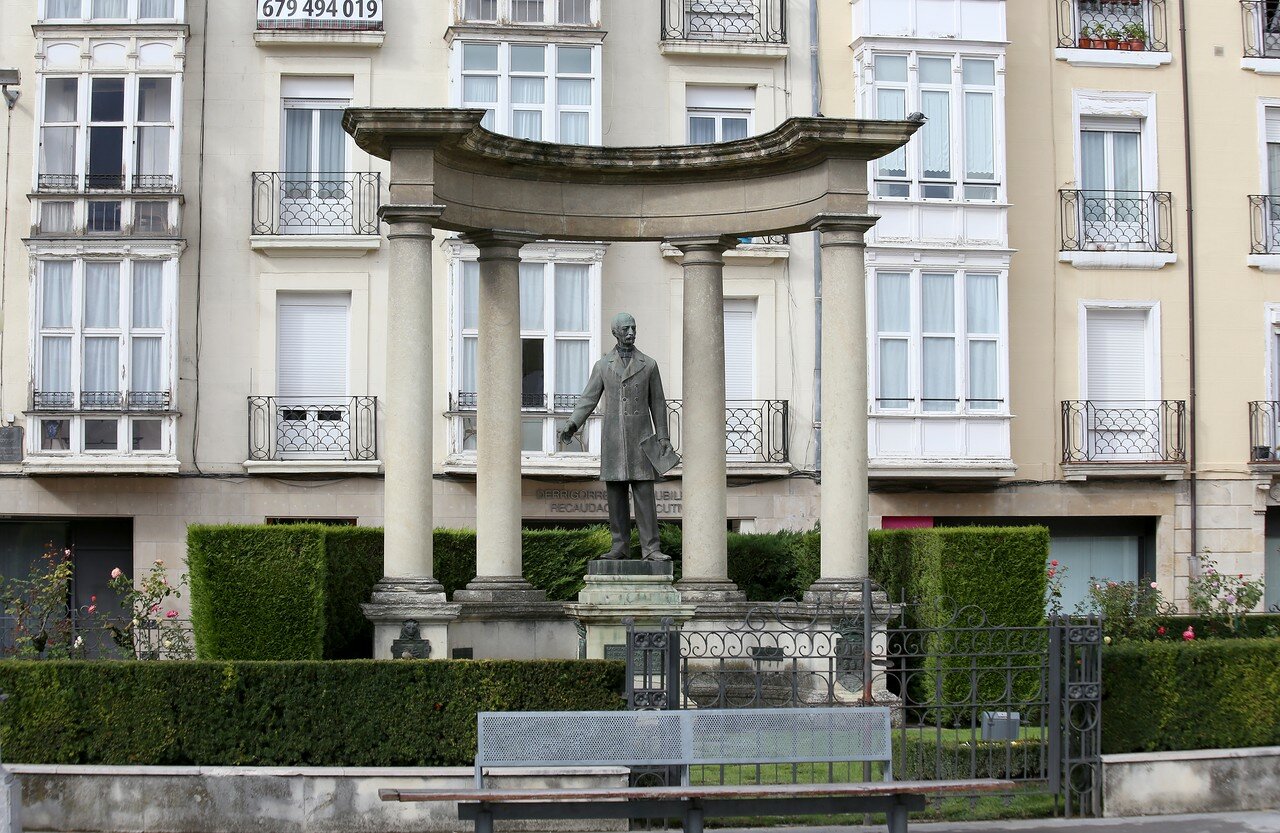 The square offers the best view of the spire of the Church of the Apostle Peter, located next to it. 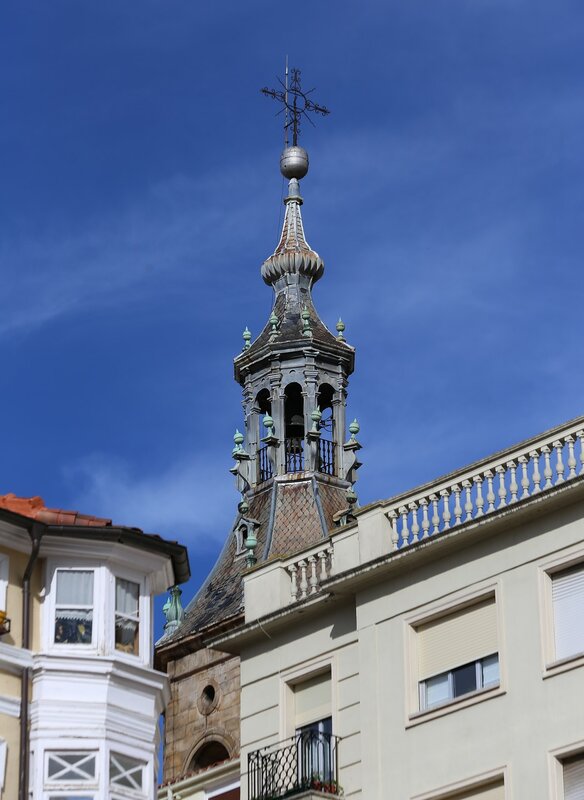