Having arrived in Bilbao and settled in the pension Arias (near the bus station, budget and quite decent) on the Plaza General Latorre, I went towards the city center along the Avenue of Autonomy (Autonomia Kalea). After walking a couple of blocks, I saw a building on the right side of the street that was worthy of special attention. 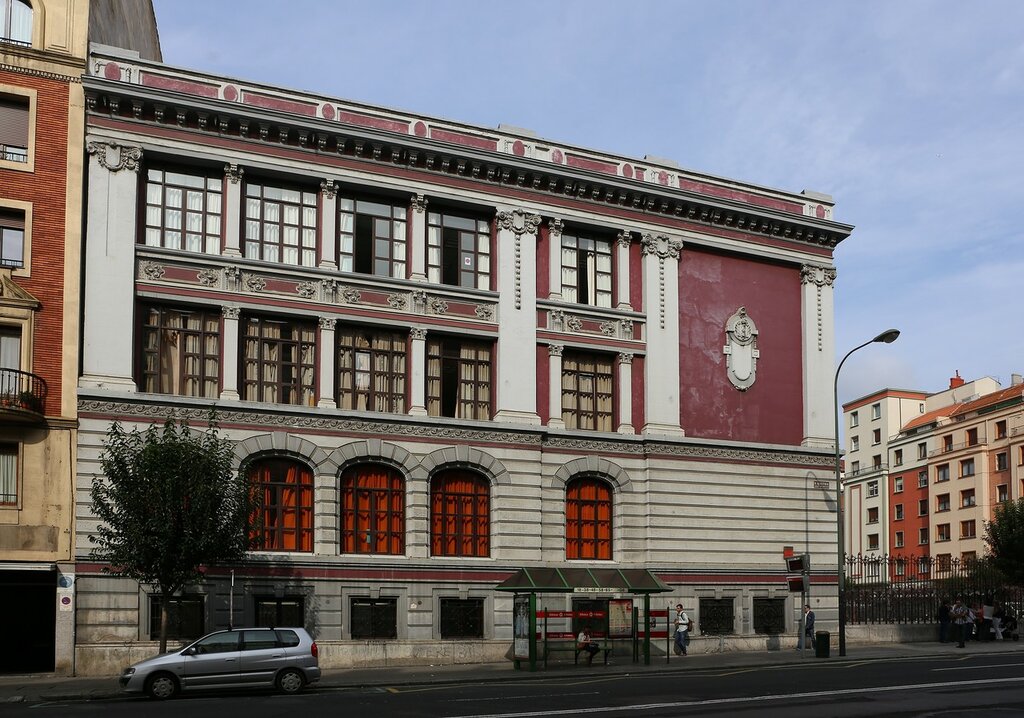 As it turned out, this is a public College bearing the name of one of the outstanding teachers of Bilbao (on the map). 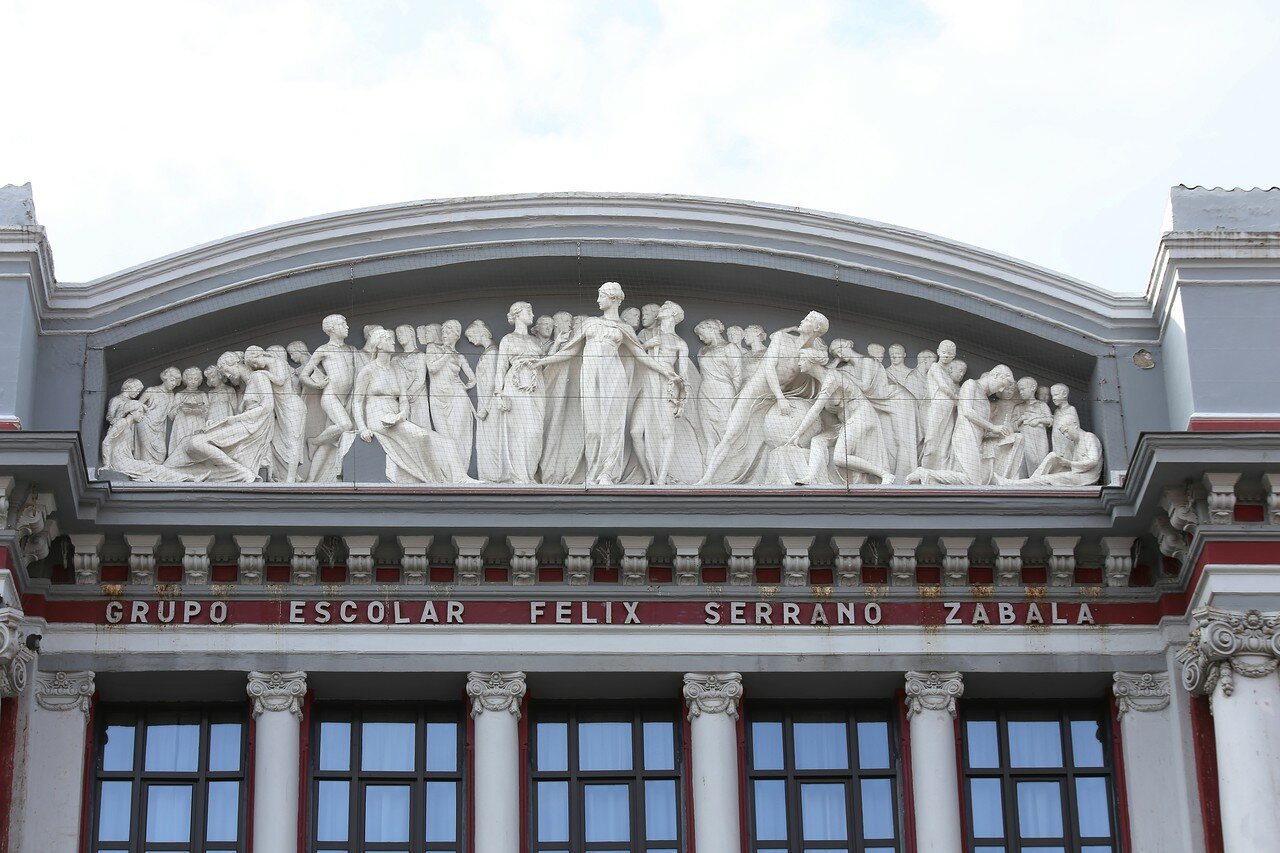 Architect Ricardo Bastida created the building in a classic style, in the best traditions of the European architectural school. 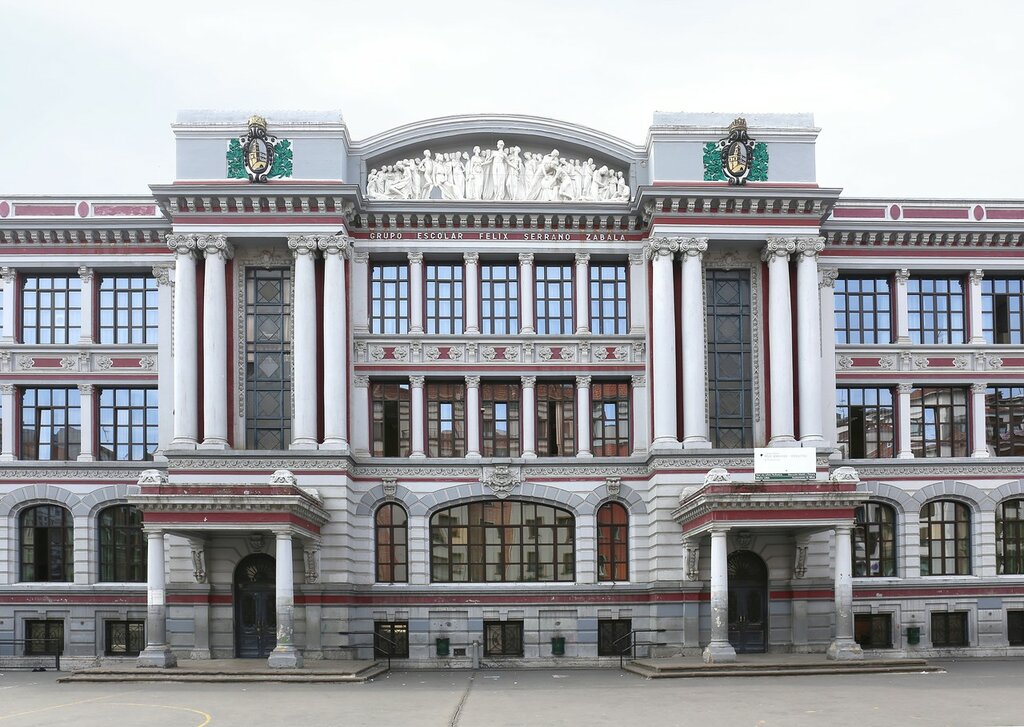 In addition to its artistic merits, the building is very functional and fully meets its purpose. A large area of the facade is occupied by huge Windows, thanks to which the College audience receives a lot of light and fresh air. 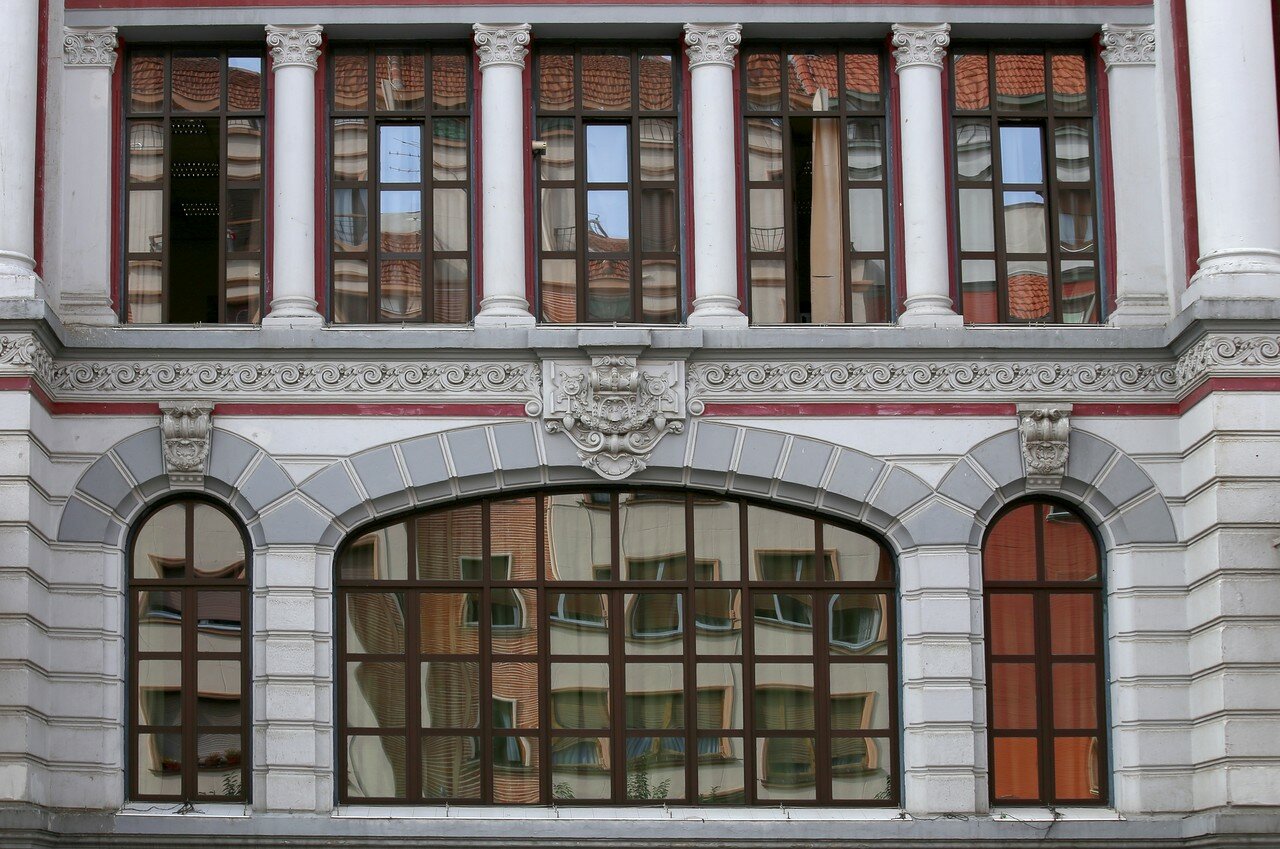 Ricardo Bastido (1879-1953), as the city architect of Bilbao, made a great contribution to the formation of the image of the city, which was formed in the first half of the 20th century. Among his projects are the Urquijo Bank building, the Deusto bridge and the Municipal house of Lezama. 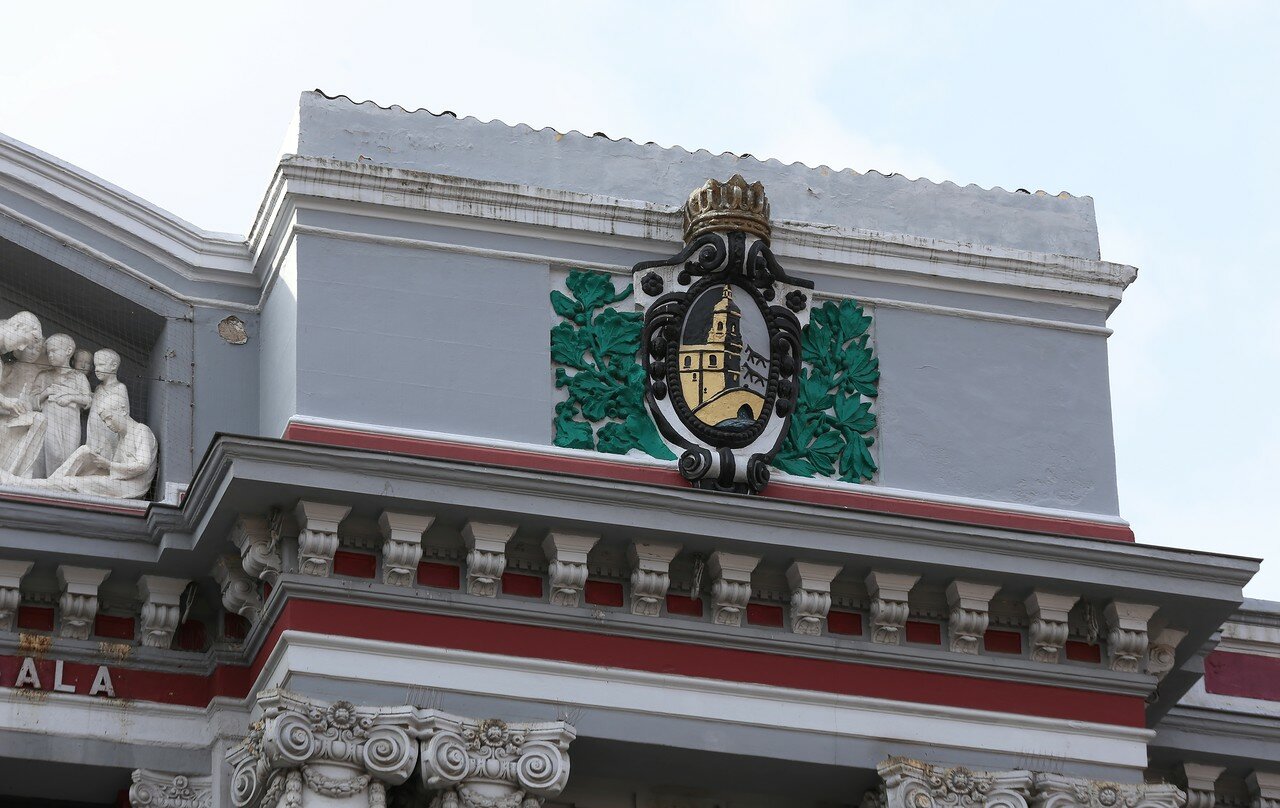 Traditionally, the playgrounds of educational institutions in Spain are located in courtyards, or surrounded by high blind fences. By placing the playing space in front of the building, the architect made the facade facing the side street accessible for viewing in all its glory, and once again emphasized the purpose of the building. 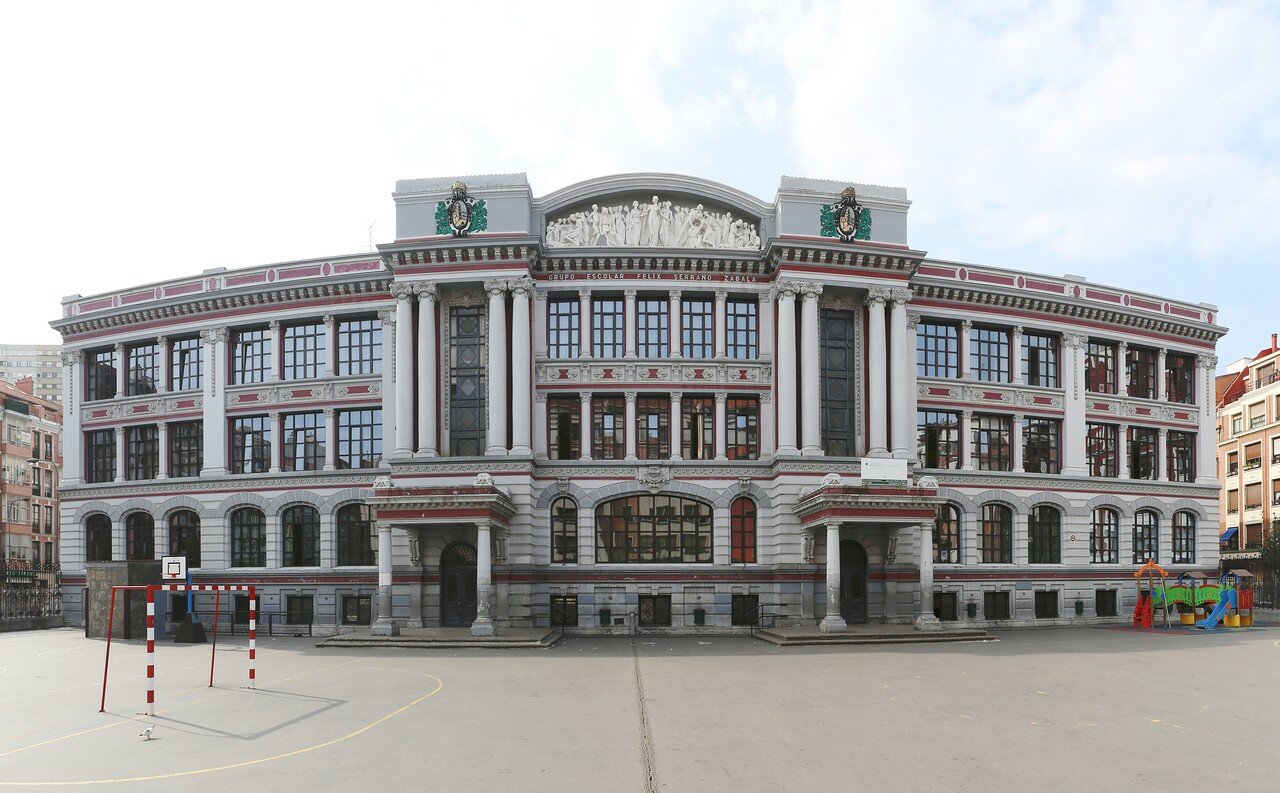