Pamplona. The monument to the Encierro, running of the bulls (Monumento al Encierro)

Running from the bulls (Encierro), the most famous event in Pamplona, is held during the feast week of Saint Fermin. 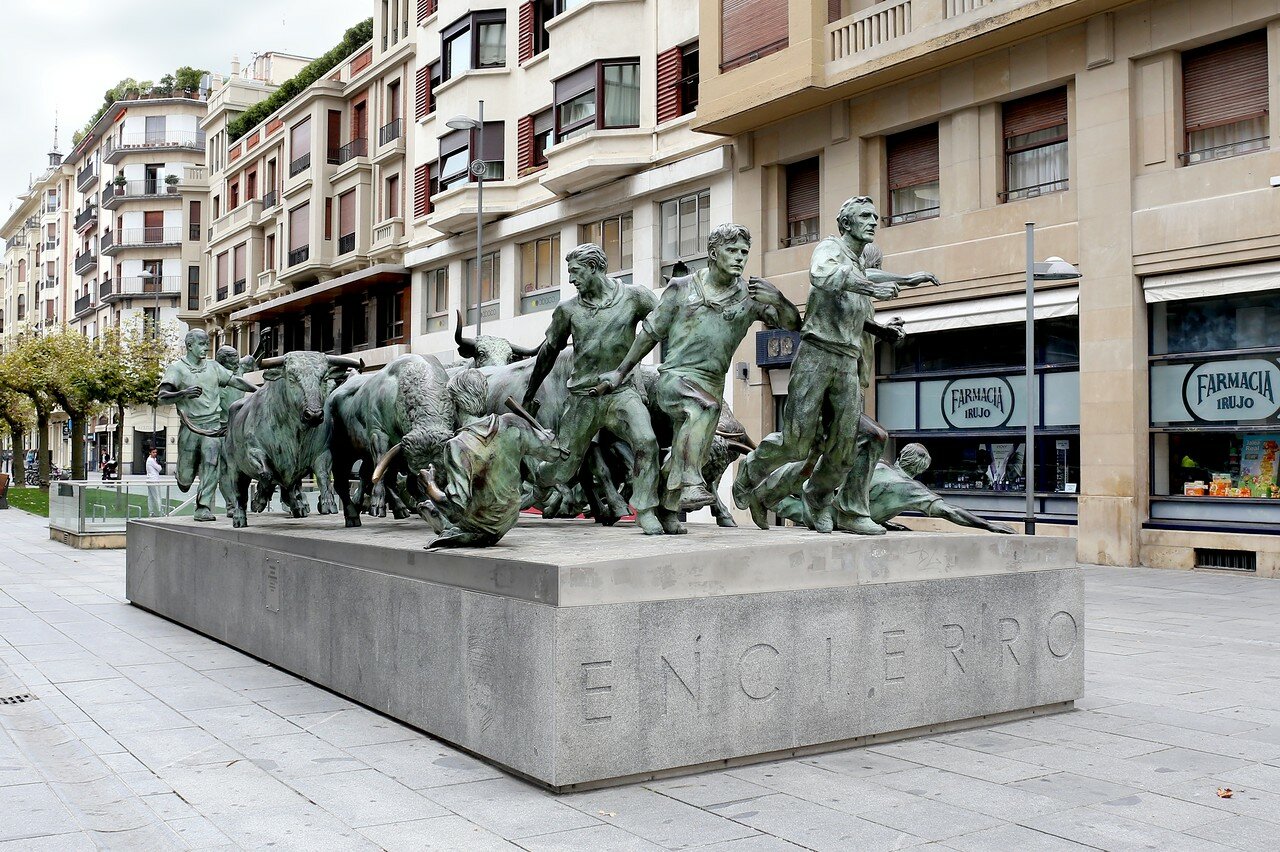 Every morning from July 7 to 14, the bulls are driven through the city streets from the pen to the arena, during which anyone can demonstrate their bravery and dexterity. 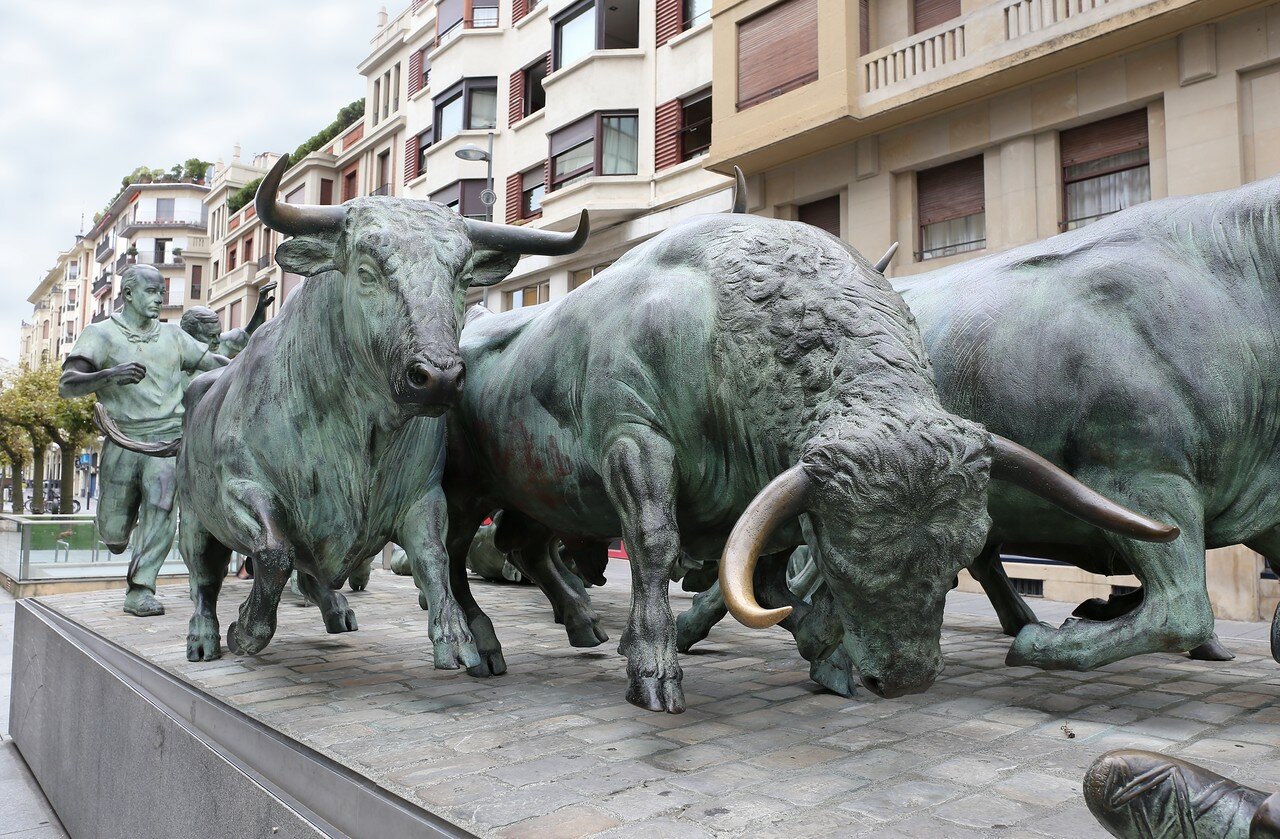 The route is about a kilometer long and is surrounded by barriers made of bars, with gates in several places. Running the entire route is difficult and dangerous even for a very well-prepared person, so runners only cover part of the way. 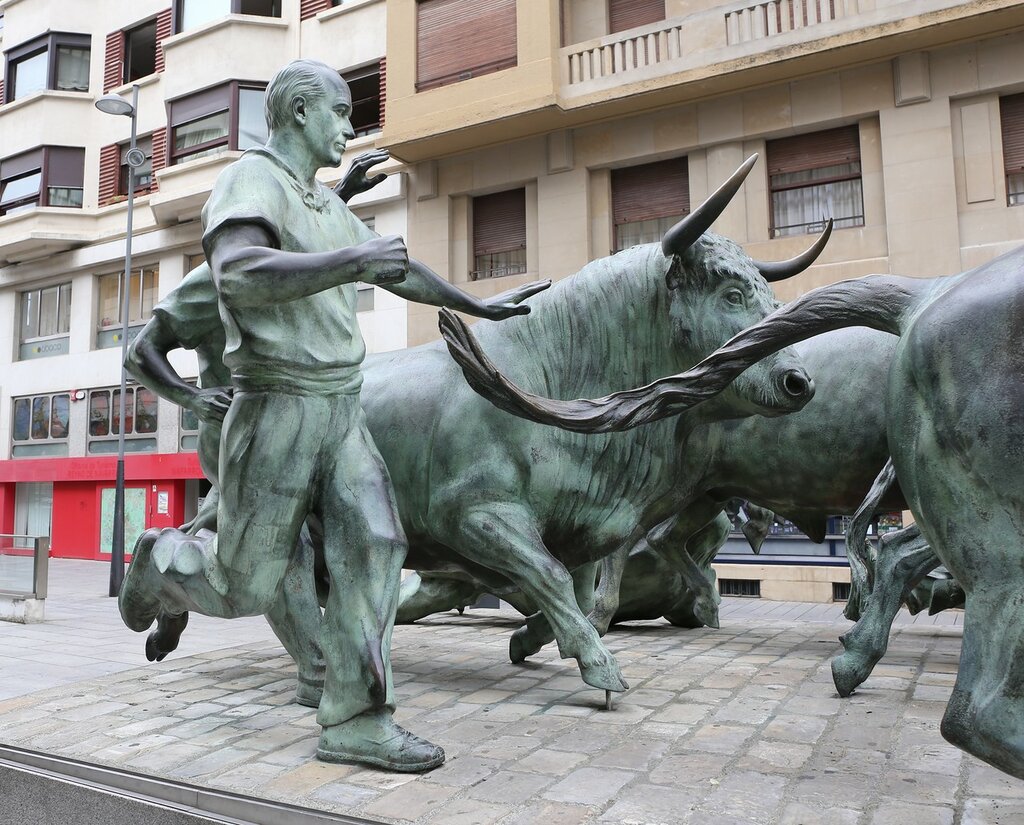 However, you can easily climb over the fence in any place, the organizers of the competition only make sure that the route does not get thrill-seekers in a drunken state. 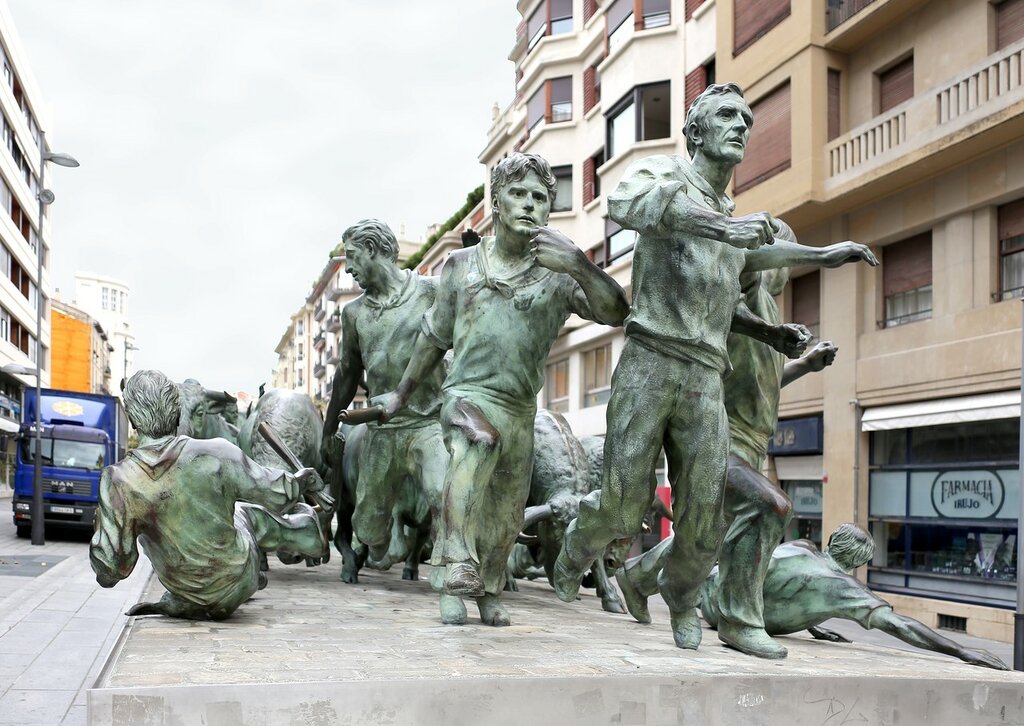 The main contingent of Braves - members of Amateur bullfighting clubs, who come to Pamplona from all over the world (have their own uniforms), and of course, tourists. The latter are most often injured. There are also fatalities - in 1995 and 2009, young men died. The most tragic page of encierro was written in 1924, when 14 people were killed and more than 200 were injured. 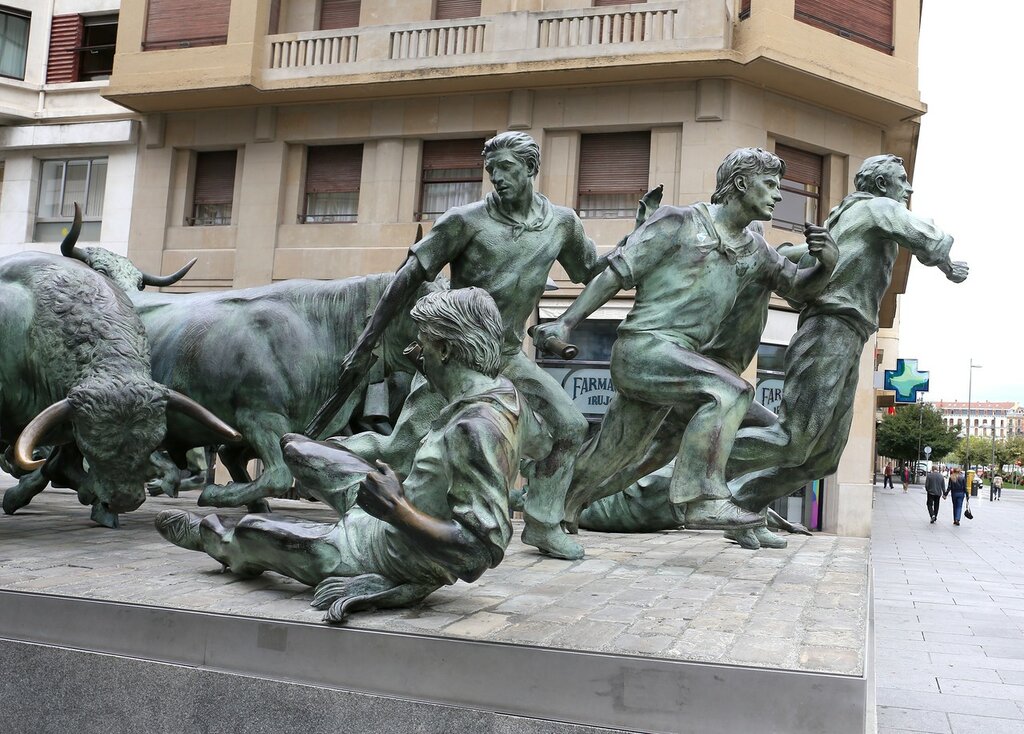 To show their bravery, runners try to stay close to the bulls. Falls are also frequent - then no one should try to stand up, but you need to roll to the side and wait until the bulls run through. 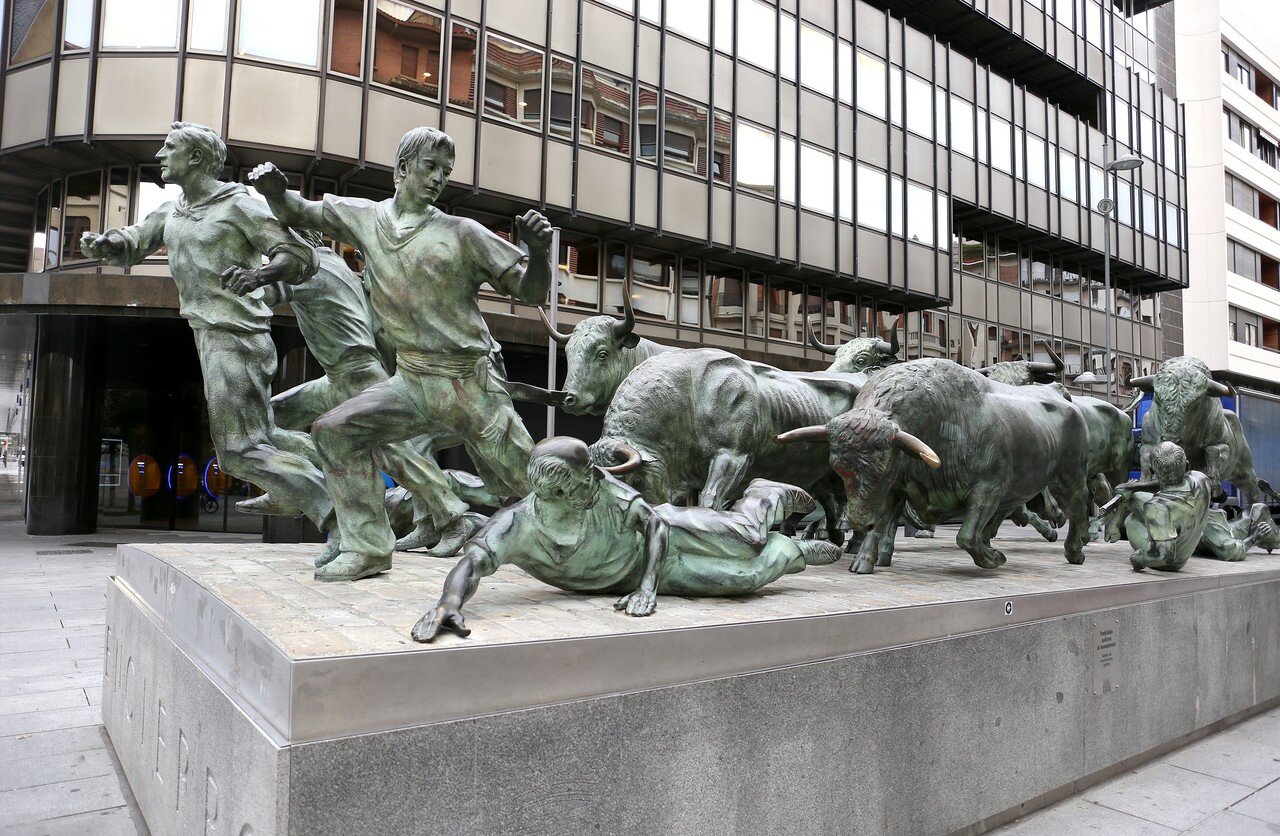 Then you will not get on the horns, although the risk of injury from hooves is high. 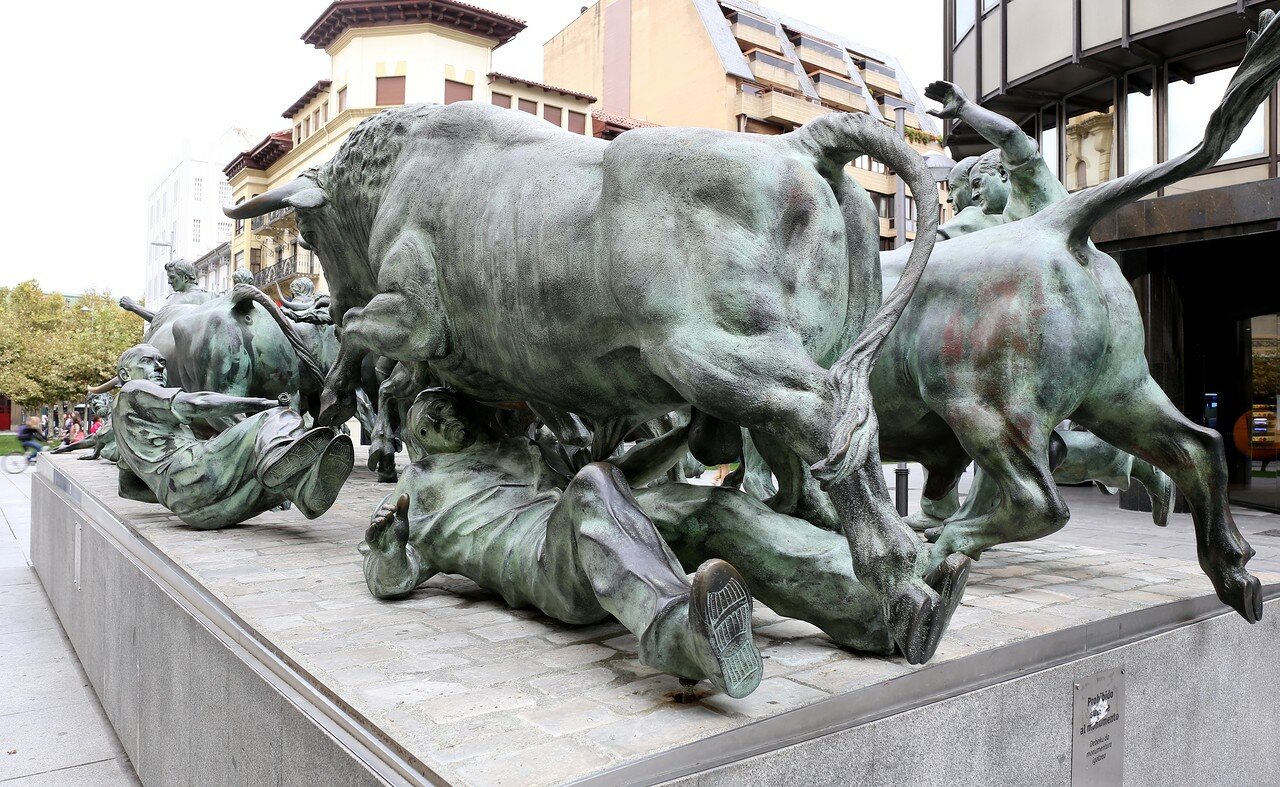 Work on the monument to running with the bulls was started by the famous Basque sculptor, Director of the Pamplona school of arts and crafts, Rafael Huerta (Rafael Huerta) in 1991. In one of the falling runners, the artist captured himself. 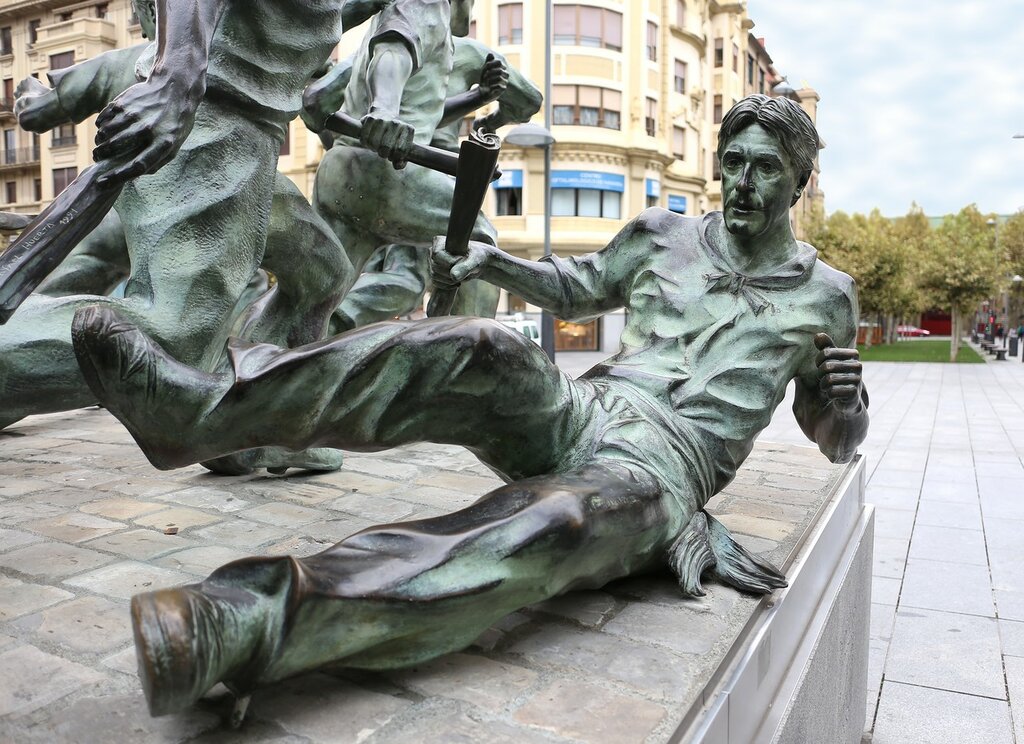 The monument was unveiled on July 6, 1994 in the Plaza de Toros. The original design of the monument was cut by one bull and two runners for financial reasons. Ten years later, Rafael Huerta produced the missing characters, and the updated monument was moved to Avenida karolosa III (on the map), which was after reconstruction became pedestrian. The monument was opened on April 21, 2007. The sculpture measures 11 meters by 4 meters and weighs more than 30 tons, the cost of the project was 661113 euros. 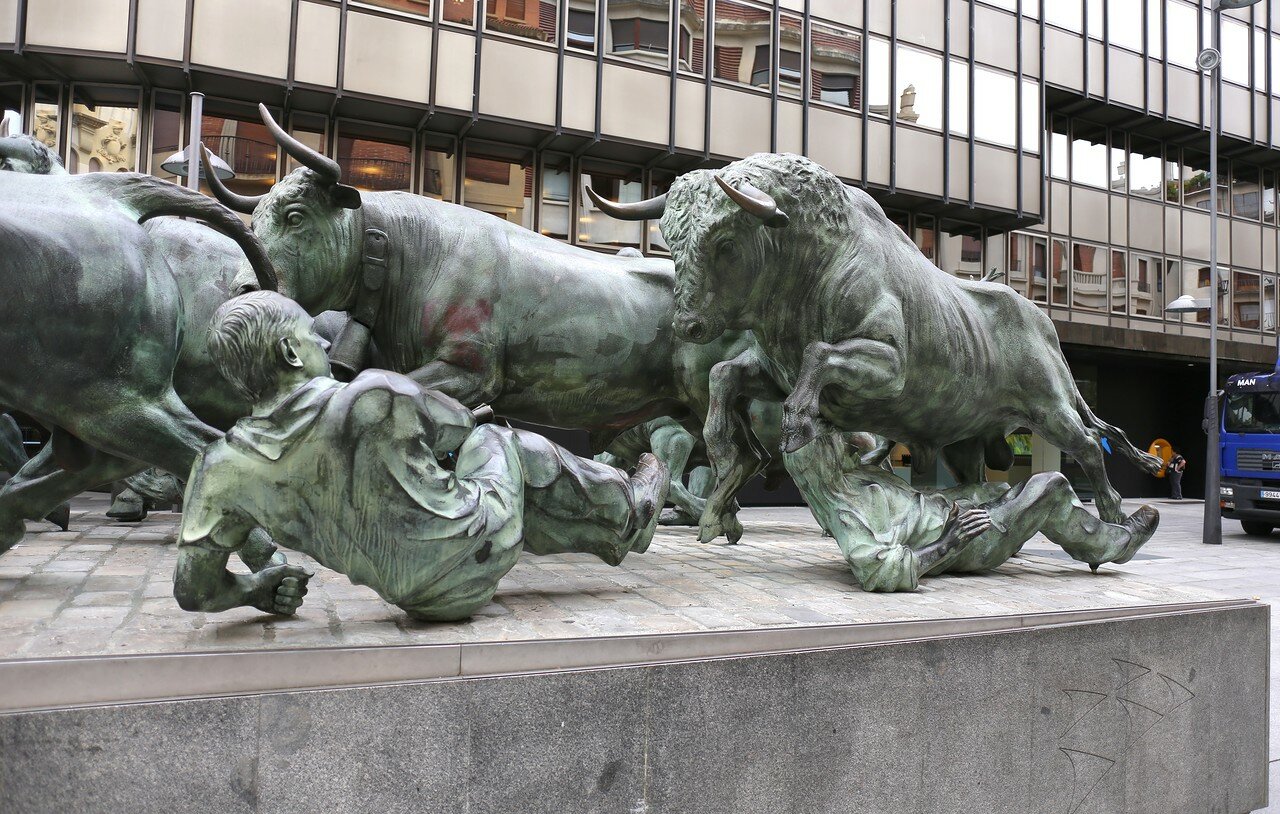